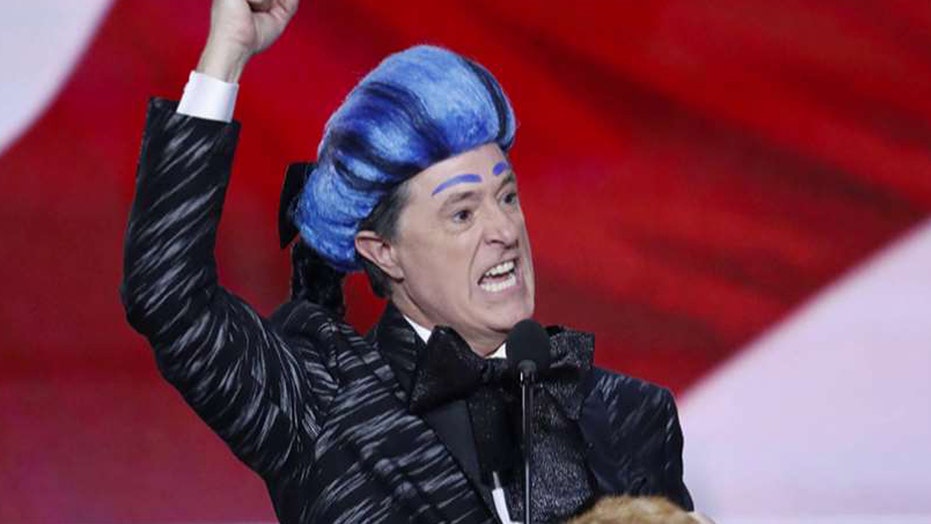 A video posted online shows "Late Show" host Stephen Colbert taking over the microphone on stage in Cleveland in a "Hunger Games" themed prank at the site of the Republican National Convention, which begins Monday.

The video shows Colbert behind the podium saying it's his honor "to hereby launch and begin the 2016 Republican hungry for power games" and banging a gavel. A man who appears to be security then confronts Colbert, who says "I know I'm not supposed to be up here, but let's be honest, neither is Donald Trump" before being led off stage.

Colbert dressed like "Hunger Games" emcee Caesar Flickerman for the spoof, complete with a blue wig. He's worn the same getup on his show in a recurring bit about the presidential campaign.