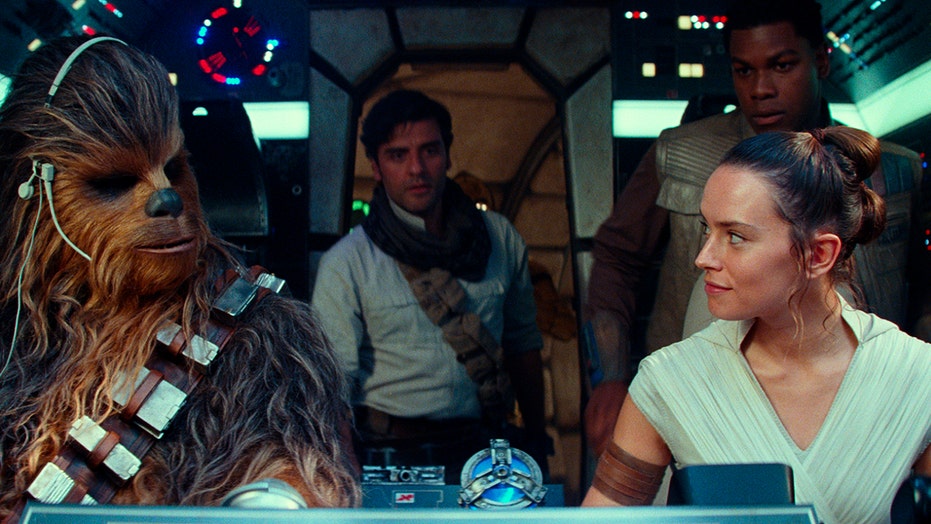 Days away from J.J. Abrams’ “Star Wars: The Rise of Skywalker's” release on Dec. 20, critics are sounding off on what they’re calling a “soulless” and “convoluted” film.

The movie seeks to put a bookend to the “Skywalker Saga" that began with Geroge Lucas’ 1977 film “Star Wars: A New Hope” and was given new life with Abrams’ 2015 film “Star Wars: The Force Awakens.” However, many critics were quick to note that the latest film’s responsibility to both conclude the epic saga and pay homage to what came before it left it bogged down with a clunky plot that felt detached from the other movies.

IGN writer Jim Vejvoda echoed those sentiments, writing: “‘The Rise of Skywalker’ labors incredibly hard to check all the boxes and fulfill its narrative obligations to the preceding entries, so much so that you can practically hear the gears of the creative machinery groaning under the strain like the Millennium Falcon trying to make the jump to hyperspace. It ultimately makes the film a clunky and convoluted conclusion to this beloved saga, entertaining and endearing as it may be.”

'Star Wars: The Rise of Skywalker' was panned by many critics as an unsatisfying, bloated end to the story. (Jonathan Olley/Disney-Lucasfilm Ltd. via AP)

The film was co-written and directed by Abrams after he gave the franchise over to Rain Johnson for the critically maligned “Star Wars: The Last Jedi” installment in 2017. Some early reviewers noted that the mind behind popular franchise revivals such as “Star Trek” and “Mission Impossible” may be out of steam creatively when it comes to concluding one of these revivals.

'It’s a somewhat soulless delivery system of catharsis, but Disney and Abrams are banking on the delivery itself to be enough.'

Meanwhile, TheWrap’s Alonso Duralde jabbed the director for giving audiences the “slick” and “shiny” film they expect from the “Star Wars” franchise without any of the real substance that made previous installments so popular.

“Abrams is too savvy a studio player for those kinds of shenanigans. But his slick delivery of a sterling, shiny example of what Martin Scorsese would call ‘not cinema’ feels momentarily satisfying but ultimately unfulfilling. It’s a somewhat soulless delivery system of catharsis, but Disney and Abrams are banking on the delivery itself to be enough.”

This image released by Disney/Lucasfilm shows, from left, Joonas Suotamo as Chewbacca, Oscar Isaac as Poe Dameron, Daisy Ridley as Rey and John Boyega as Finn in a scene from "Star Wars: The Rise of Skywalker." (Disney/Lucasfilm Ltd. via AP)

In the end it’s possible that the fans will judge “The Rise of Skywalker” not as a standalone installment to the beloved franchise, but as the closing chapter to a story that many thought they'd never see more of after the 1983 release of “Return fo the Jedi.” Unfortunately, critics are split on whether or not the film earns its final concluding moments or if it simply manufactured them out of necessity for nostalgia.

“‘The Rise of Skywalker’ gives people what they go to ‘Star Wars’ for, but that’s all it does—and worse, all it sets out to do,” wrote Slate’s Sam Adams. “It’s frenzied, briefly infuriating, and eventually, grudgingly, satisfying, but it’s like being force-fed fandom: Your belly is filled, but there’s no pleasure in the meal.”

With the critical reaction to the final installment in the “Skywalker Saga” mixed at best, it will be up to the ever-important fandom to determine whether “Episode IX” earns a place in film history alongside its fellow “Star Wars” films following its full release.