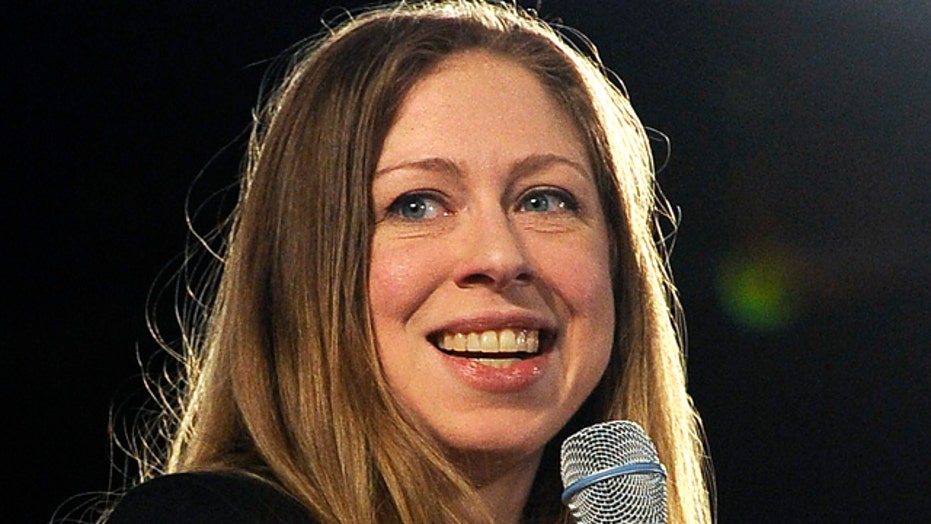 How Is Chelsea Clinton Worth $600K to NBC?

LOS ANGELES – Chelsea Clinton’s contract as an NBC “special correspondent” has come under intense public questioning given that she hasn’t been featured on-air since January despite being on a $600,000 annual salary deal, as reported by Politico.

But according to a well-placed media insider, the network higher-ups are hardly perturbed by the high price tag for little TV time.

“This is a business and when you are the daughter of a former president, it is not the same as everyone else’s contracts. They have information and can call up anybody – they are used for their resources. They aren’t hiring Chelsea because she is a brilliant [journalist],” a source told FOX411. “The company thought it was worth it, the money loss is chopped liver to them. It’s a competitive media market, and they think it was worth it.”

Business Insider analysts concluded that Clinton has made just fourteen appearances on the network since her hiring in November 2011, thus earning an estimated $1.55 million. That figure can be broken down to roughly $26,724 for each minute – or $445 per second – spent on-air.  Throughout her tenure, Clinton has conducted stories on such things as an Arkansas tutoring program and a restaurant chain that gives leftovers to those in need, as well as interviewing the famed Geico gecko. In total, her segments reportedly lasted 58 minutes.

Clinton’s move into the news arena came after President George W. Bush’s daughter Jenna Bush Hager was brought on by NBC as a “Today” show correspondent. While Hager’s earnings remain undisclosed, a well-placed insider said her hiring in August, 2009 caused some upset.

“When Jenna got the gig, NBC correspondents in smaller markets who had been waiting years to get promoted to New York were outraged. They couldn’t understand what media credentials Jenna had (other than her father being a former president) that gave her the right to take a position in the newsroom,” the insider said. “And Chelsea is the same. She’s a smart woman, but that doesn’t give her the training to write, produce and appear in news stories.”

While some reports have suggested that Clinton, who is pregnant with her first child, has been kept off-air over the last few months to avoid conflicts of interest pertaining to the release of her mom Hillary’s memoir “Hard Choices,” Gene Grabowski, senior strategist and communications expert at Levick Strategic Communications, isn’t buying it.

“It’s far more likely that Chelsea’s limited exposure hasn’t impressed NBC’s editors and viewers. If she were popular, she would have been on the air more often,” he surmised. “I think the network is chalking this up to a failed experiment.”

And although Clinton was hired on a “full time” basis with the network, she has continued to work extensively as the Vice Chair of her family’s Clinton Foundation, prompting some critics to further suggest the working relationship is a conflict of interest.

“Chelsea’s large salary when she’s filed about one story a month on news-lite topics such as baby elephants is obviously overpriced – unless you’re currying favor with someone that a majority of journalists have said they think will be the next president,” observed media analyst and Newsbusters Executive Editor, Tim Graham. “The hiring of Chelsea and Jenna (Bush Hager) can be seen as a cagey way of checkbook journalism. Both hires are flagrant walking conflicts of interest.”

Clinton’s contract is said to be subject to renewal this year, although Politico also reported that she was placed on a month-to-month work basis in February to allow her to sever the working relationship should her mother decide to run for the United States presidency.

Her initial hiring by NBC stirred debate given that she had little experience or qualification within the journalism realm and instead worked for consulting firm McKinsey & Company as well as Avenue Capital Group.

“Chelsea’s wage is a reflection of bad management decisions made by NBC – they obviously value former president’s daughters more than they do their long-standing news reporters. A sign of the times,” added an insider. “Can we look forward to the Kardashian’s presenting news stories soon too?”

A representative for NBC did not respond to requests for comment.