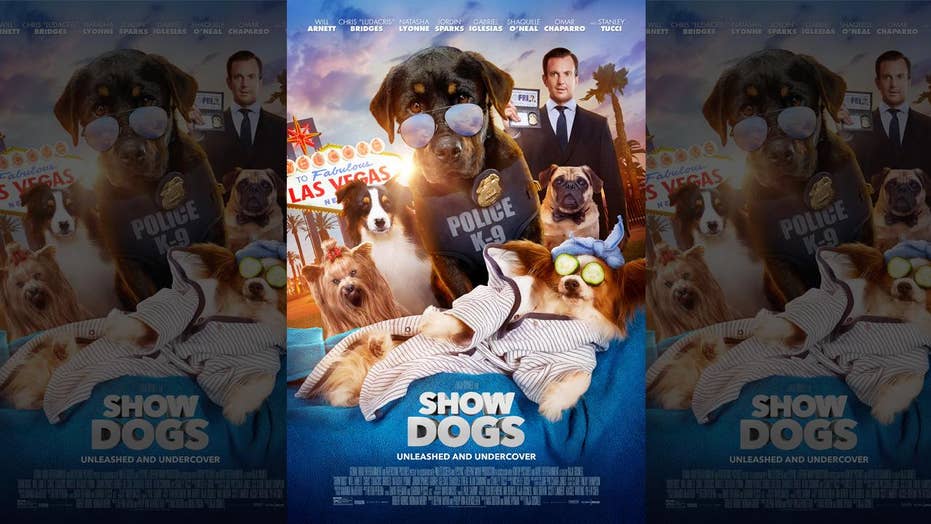 'Show Dogs,' a children's movie about a police dog who goes undercover at a dog show, has come under fire for a controversial scene which many liken to the way a sexual predator grooms kids for abuse.

A children's movie about a police dog who goes undercover at a dog show has come under fire for a controversial scene which many liken to the way a sexual predator grooms kids for abuse.

"Show Dogs," which stars Will Arnett and Ludacris as a police-dog team, is being forced to defend a scene where Ludacris' character, a Rottweiler named Max, has a Brazilian wax in order to prepare for his undercover role at a dog show.

In the PG-rated film, Max, a police dog, must learn how to be a show dog, which includes learning how to behavior during the "inspection" of his genitals by the judges. He is told to go to his "zen place" during his inspection. Many critics were quick to slam the film for "grooming" children to learn to be comfortable with inappropriate touching.

The U.S. National Center on Sexual Exploitation (NCOSE) quickly came out against the movie saying the film sends "a troubling message that grooms children for sexual abuse."

"It contains multiple scenes where a dog character must have its private parts inspected, in the course of which the dog is uncomfortable and wants to stop but is told to go to a ‘zen place.’ The dog is rewarded with advancing to the final round of the dog show after passing this barrier," NCOSE executive director Dawn Hawkins said in a statement. "Disturbingly, these are similar tactics child abusers use when grooming children—telling them to pretend they are somewhere else, and that they will get a reward for withstanding their discomfort. Children’s movies must be held to a higher standard, and must teach children bodily autonomy, the ability to say 'no' and safety, not confusing messages endorsing unwanted genital touching."

Others took to social media to call out the scene.

The "Show Dogs" filmmakers released a statement on the movie's Facebook page on Tuesday following the fallout.

"It has come to our attention that there have been online discussion and concern about a particular scene in 'Show Dogs,' a family comedy that is rated PG. The dog show judging in this film is depicted completely accurately as done at shows around the world; and was performed by professional and highly respected dog show judges," the statement read. "Global Road Entertainment and the filmmakers are saddened and apologize to any parent who feels the scene sends a message other than a comedic moment in the film, with no hidden or ulterior meaning, but respect their right to react to any piece of content."

"Show Dogs" was released in theaters on May 18.