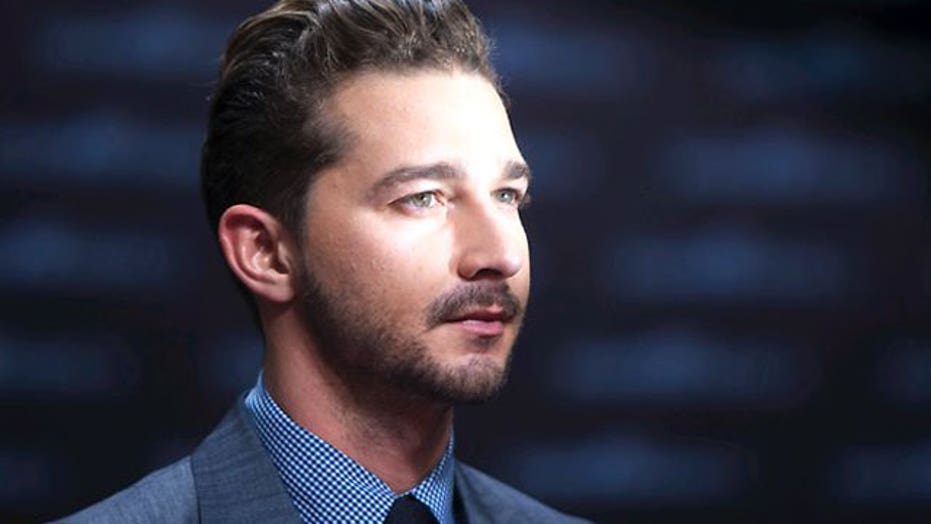 Shia LaBeouf claims he was raped

Shia LaBeouf makes a shocking claim in Dazed interview: a woman raped him during his #IAMSORRY exhibit.

The 30-year-old actor stopped by "The Ellen DeGeneres Show," airing Tuesday, and confirmed that he did get married to Goth last week at the Viva Vegas Wedding Chapel. LaBeouf also said that the couple didn't actually mean to live stream their nuptials to TMZ.

"The plan was for it to be a private deal, but... part of the package, the King Tut package, you get a live stream for free -- part of the deal," LaBeouf explains. "And I said, 'You know, we don't really need that as a matter of fact. We'll just take our private tape.' We got our Moms there and they said, 'No problem.' We get back home and it's like, woah, hey listen, something changed!"

"I call them up and they said somebody pressed the wrong button that sends the video to TMZ," he continues. "I said, I understood. I checked with my girl and she said, 'Hey, what are you gonna do? And you know, it's love. We're proud of it. It was love."

In the end, the "American Honey" actor says everything worked out for the best. "Dads couldn't be there so it was kind of nice to have them there watching in a way," he comments.

Clark County Nevada's official Twitter stated last Wednesday that their records show no marriage license for LaBeouf and Goth. However, they did note that a "commitment ceremony" was performed.

LaBeouf and Goth met during the filming of Lars von Trier's NC-17 drama, "Nymphomaniac," and have been dating for four years.