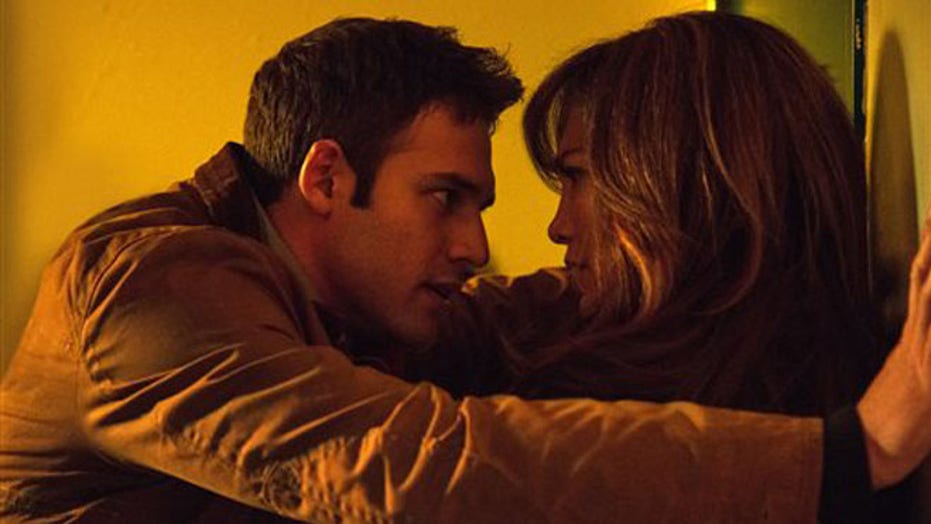 Ryan Guzman and Jennifer Lopez kept it sexy and steamy in “The Boy Next Door”’s more intimate scene, but he says that behind the scenes it was anything but.

The 27-year-old told People that his most embarrassing experience while filming with his 45-year-old co-star came just before the two got hot and heavy.

“It was right before we get into the very, very steamy part of the film,” he said. “My character has to pick up Jennifer – and me being stupid – I put a little too much oomph into it”.

He sent Lopez straight into the ceiling, he recalled.

“Let’s just say that the next couple of takes, I was very, very gentle. She was a trooper,” Guzman said. “She hit her head, she came right back down, and she said, ‘Hey, I’m light. Just take it easy. You don’t need to muscle up.’”

Guzman said his performance in “The Boy Next Door” impressed his family, but especially his father.

“My dad went into a theater full of all my friends and family back in Sacramento. Right around that part in the movie, he decided to get up and yell out, ‘That’s my boy!’” he recalled.

The film, which features Lopez as a teacher who engages in an affair with a younger man, debuted with a solid $15 million in its opening weekend in January. It made $43.3 million in the box office.

Lopez told “Good Morning America” ahead of the film’s release that she was proud of the film, especially because it put Latino actors in leads.

“It’s a mainstream movie, it’s not a ‘Latino movie,’ but the truth is, as a producer, I’m very proud because in retrospect, I just picked the best actor for the role,” she said. “At the end of the day, a big studio made this movie, I don’t know that they would’ve cast both of us in this.”

She added: “Two Latinos opening in a mainstream movie, if it does well, that’s gonna change things. I would love for the Latino community to come out and support this movie because it would give us the freedom … to make more movies in this way. Whatever kind of stories we want to tell – it’s exciting.”