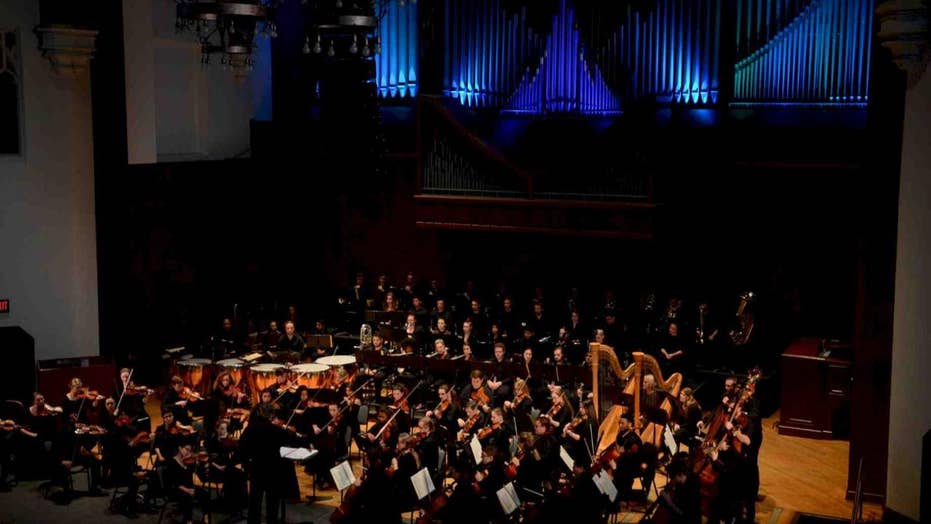 Bag of gum leads to fight during symphony

Fists were thrown during a performance of Mahler’s 5th Symphony in Sweden. A fight ensued after one patron threw another’s bag of gum.

The rustling of a gum wrapper during an intense performance of Mahler’s 5th Symphony in Sweden last week led to a "violent attack" in the audience after the gum-rustler smacked the glasses off a young man who grabbed the bag of gum from her and threw it on the floor.

The Washington Post reported that the attack occurred during a performance in Malmo. Witnesses told a local paper that al first the woman who rustled the wrapper sat quietly after the man tossed her bag of gum. She waited 10 minutes until the end of the Adagietto and then, as the crowd applauded the conductor the gum-chewer smacked the glasses off the man’s face. The paper said her male companion squared off with another man.

The standoff appeared to be over when the woman’s companion talked with the young man. The audience was fooled, however, because the companion used the close proximity to punch the gum-thrower in the stomach.

The paper reported that Sydsvenskan, the concert venue, used to opportunity to remind the audience what is expected during these performances, and appeared to side with the man. Eating snacks and drinking beer may be suitable at a hockey game, but the behavior doesn’t necessarily translate in a concert hall.