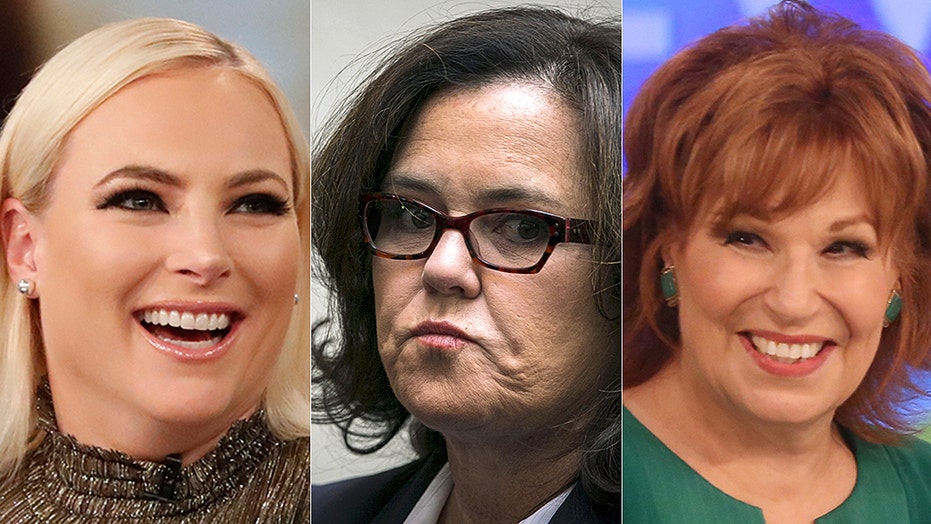 O’Donnell was asked during an appearance on “Watch What Happens Live with Andy Cohen” if she ever tunes into her old show and what she thinks of the show’s token Republican, McCain, who clashes with the liberal Behar on a regular basis.

“I don’t watch and I knew [McCain] when she was very young. I had the pleasure of working with her father for a lot of the Wounded Warrior’s projects,” O’Donnell said. “I think she’s in a difficult position.”

The outspoken O’Donnell said McCain has a tough task of serving as the show’s conservative voice while grieving the death of her father, Sen. John McCain, who she was extremely close with.

“He had been dying for a while… we’ve watched her daily, you know, try to grieve and get through and it’s not really that easy,” O’Donnell said. “I do have some compassion for her, although, I wish she wouldn’t be mean to Joy Behar.”

O’Donnell called Behar a “living legend” who should be respected by her colleagues.

“She’s the elder statesman in the room,” O’Donnell said.

O'Donnell had a short stint as a co-host on the daytime gabfest, but “Ladies Who Punch” author Ramin Setoodeh feels she is perhaps the most influential cast member after founding pioneer Barbara Walters.

“What she did in her season was the template that the show adopted. She made it must-see TV, she made it really political, she was really passionate and she sort of blurred the line between fights on TV versus fights backstage,” Setoodeh told Fox News earlier this year. “Everything that Rosie did on that show was very personal and she made it really dramatic but really watchable and fun."

McCain defended her use of the misogynist term last week, cracking, “Oh, Joy and I call each other b—h all the time.”

Despite the constant bickering, McCain has insisted that she is friends with Behar when they’re not arguing about politics on television.

“I just want everyone to stop being so precious about our relationship because it’s almost 2020 and women can debate on TV in a spirited way without it being personal. And I know this is a big shock, but we get along backstage,” McCain recently said.

MEGHAN MCCAIN HAS TENSE MOMENT WITH WHOOPI GOLDBERG ON 'THE VIEW'

Behar even chimed in, “We’re both pugilistic, and so we’re fine ... I’m very straight in what I believe, and so is she, so we’re going to fight.” She added to McCain, “I don’t care if you call me a b—h.”