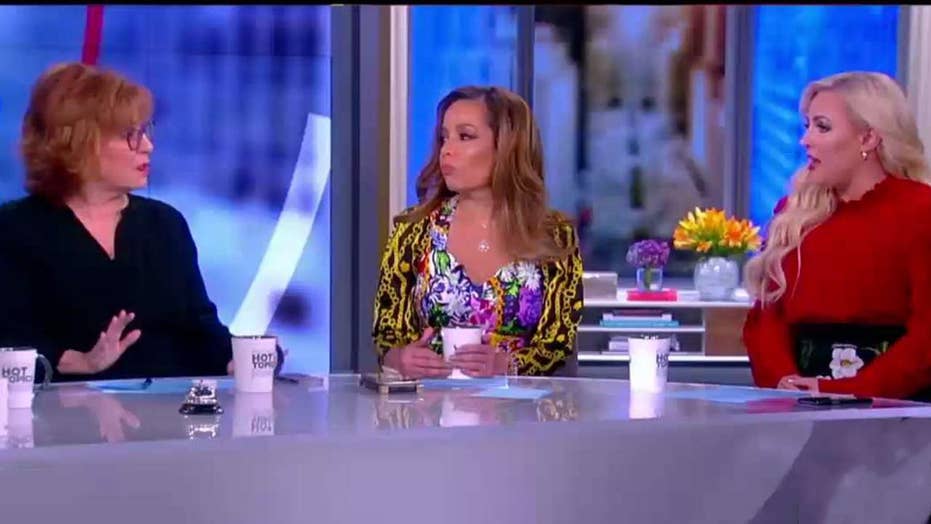 Backstage warfare at 'The View'

Things got a little heated on "The View."

On Monday's show, Meghan McCain and Whoopi Goldberg clashed during a tense discussion about abortion laws in Alabama.

After Goldberg gave her take on some of the state's law, McCain interjected and asked if she could speak her piece.

“I don’t get to talk? Just wondering if I can say something,” she asked.

“Here’s the deal… I let you all talk and I say nothing,” Goldberg said before announcing a commercial break. "If there’s more to say, if you want to say more, we’ll come back and say more."

“It’s fine,” McCain responded. When the show returned from a break, the conversation shifted to a new subject.

This isn't the first time the two have had a heated exchange on the show during conversations about abortion. On Friday, McCain expressed her opposition to "late-term abortion" as a Democratic policy, which Goldberg quickly shut down.

"There is no such thing as a late-term abortion," Goldberg said to cheers from the audience. “You cannot do abortions after a certain amount of time unless there is some sort of danger.”

McCain also frequently spars with 76-year-old host Joy Behar, as she did back in April.

"Part of your job is to listen to me," McCain said, as the two spoke over each other. Goldberg again stepped in at that time, telling the hosts that everyone would get their chance to speak.