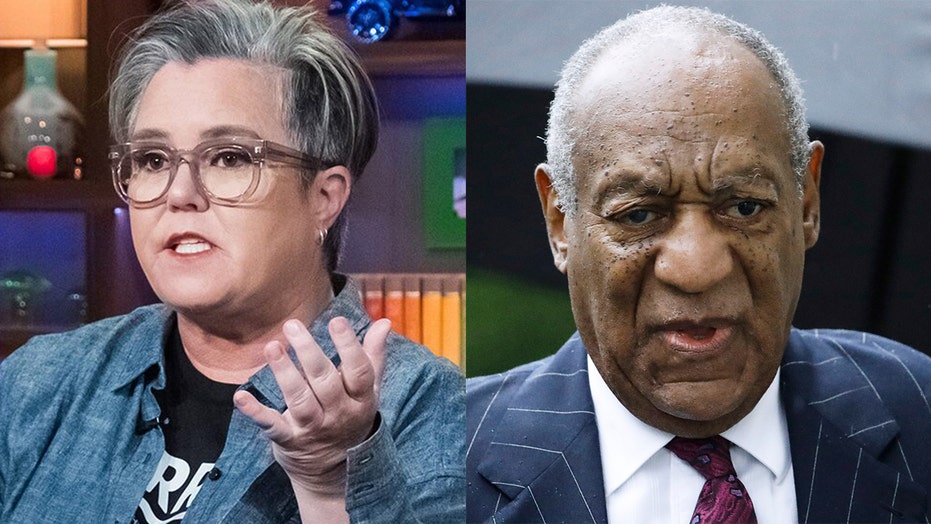 O’Donnell admitted that she was not surprised by the litany of allegations against the now-convicted comedian during a recent remote appearance on "Watch What Happens Live” where she told host Andy Cohen about one of the many visits Cosby made during her show’s run between 1996 and 2002.

“OK, well, I’m going to tell you the story about what happened to a staff member on our show,” she explained when asked directly about Cosby. “Very tall, like, six-foot-tall, larger woman, very great producer. She was assigned to do his ‘Mystery Guest.’ He was there as the mystery guest. Now, newsflash I knew who the mystery guest was every time. I just was acting along with it.”

She went on to note that she was never truly surprised by the mystery guests because she doesn’t actually like surprises and believed she could fake a more interesting reaction. However, that meant that the guests needed a bit of coaching before they came out.

Rosie O'Donnell revealed a story in which she claims Bill Cosby sexually harassed a producer on her talk show. (Getty/AP)

“So, in the room, the green room, the producer goes in and she’s talking and saying to Bill Cosby, ‘You know, she’s not going to know that it’s you’ and he said ‘All she has to do is put her hand right here’” O’Donnell alleged. “And he put his hand near his penis, ‘And she’ll know it’s me.’”

The 58-year-old comedian said that the unnamed producer then began to cry and left the room. She explained that a male producer then went inside the green room and had a talk with Cosby about what was and wasn’t appropriate. She said that she wasn’t made aware of the incident until after the show.

However, she revealed that she previously tried to address the harassment incident during her run on “The View,” but was told she couldn’t.

“On ‘The View,’ they would not discuss it,” she said. “Every time I tried to bring it up, it became a little fight.”

Cosby was sentenced to three to 10 years in state prison in 2018 after being found guilty of three counts of felony aggravated indecent assault stemming from a 2004 incident with former Temple University employee Andrea Constand.