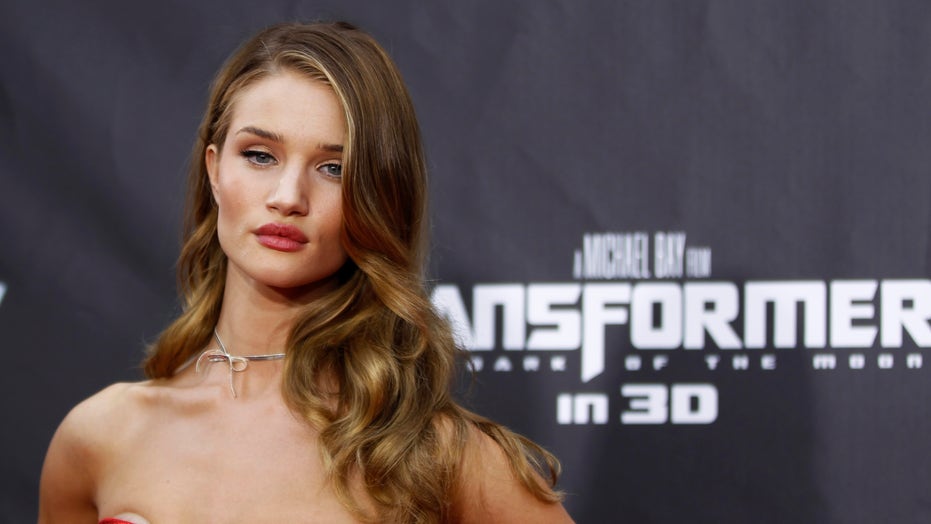 Rosie Huntington-Whiteley is opening up about something millions of women go through on a daily basis.

The supermodel and fiancée to action star Jason Statham, 52, got real about the struggles she experienced in bouncing back to her pre-baby weight after welcoming her first child with Statham in 2017.

"Listen, I enjoyed myself. I let the reins go," Huntington-Whiteley, 32, said of her pregnancy to fellow supermodel and mom-to-be Ashley Graham on Graham's "Pretty Big Deal" podcast.

"It’s a new experience, so you’re kind of like, 'Well, let’s see how this goes.' And six months in I was like, 'What? This is crazy!'" she told Graham.

During her pregnancy, the former Victoria's Secret Angel said she gained 55 pounds and admitted that she initially found it difficult to accept that her body was changing so drastically, but got over the insecurity and "basically walked around naked for the last month at home."

"By the end I just felt really empowered in my body, but it took a minute to get there," she said.

However, after giving birth to the couple’s baby boy, Jack, Huntington-Whitely said the weight she gained during the pregnancy didn’t fall off the way she had hoped.

The model recalled feeling guilty for previously telling people all that was needed in order to achieve her lean physique was work out three times a week.

"I cannot tell people how to feel about their bodies, because everybody has a different experience," Huntington-Whiteley said.

Seven months after giving birth, she remembered paparazzi images floating online that drew criticism about her body and said she was “taken aback” at the negative comments.

"It was just shocking to see someone write, 'Another Body Ruined After a Baby.' I was like, 'What the f--k? ‘Sure, I haven't bounced back, it's seven months later, but like…’ I was quiet for a couple days but you get on. It makes you stronger," she said.

"Everybody's body is different, everyone is on their own journey, and I really want every mother to really focus on herself but also the time with her child and it’ll come, it’ll happen, and everybody gets back to a place where they feel good again, if not better," Huntington-Whiteley added, admitting it took her a year to get back to her pre-baby weight.

"Because I feel better, and I feel a different respect for my body than I did before," she said.