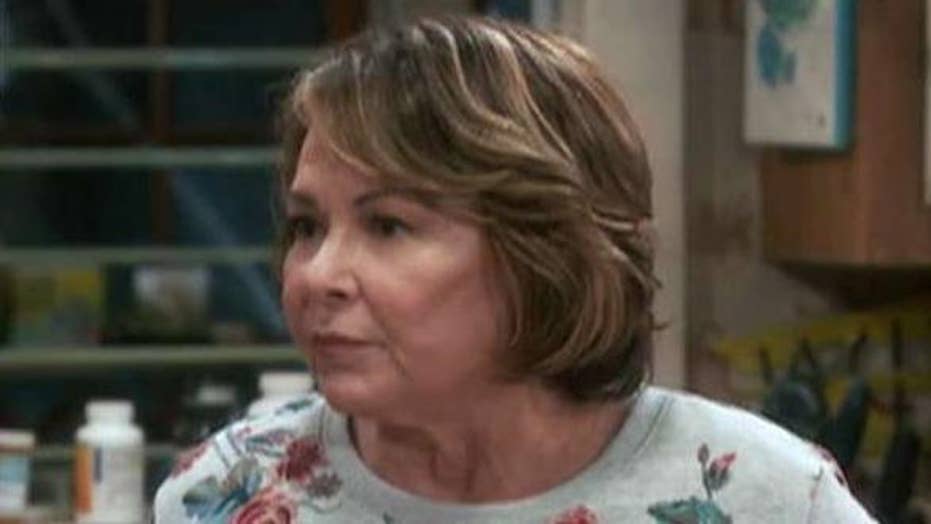 A new generation had to learn that Roseanne Conner neither subscribes to PC culture nor is one to trifle with in the follow-up to last week's highly successful premiere of the “Roseanne” reboot.

“Roseanne Gets the Chair” opens in the rarely seen hallway of the Conner home, where the title character finds a mess of clothes that she reluctantly picks up. She brings them to Darlene’s room and tells her that her living there doesn’t mean that she’s going to be cleaning up after her and her family. Darlene admits that Mark is being good about that, but her 15-year-old daughter, Harris, is too busy to care these days thanks to her new store on Etsy.

After explaining what that means to her mom, Roseanne tells her that she needs to discipline her more. This becomes evident the following day, when Roseanne comes home after a long day of driving an Uber car complaining that her knee is making it hard to break in the car. Dan reveals that he’s set her up with an “easy climb 5,000,” a mobile chair that will get disabled people up the stairs. Roseanne doesn’t want it, arguing it’s for old people and that it's too expensive.

“I got it for the very reasonable price of our neighbor died and they’re tearing down his house,” Dan admits.

As they’re talking, Harris comes downstairs and offhandedly mentions that Roseanne’s ice pack for her knee is in her room "somewhere." She apparently used it to keep her smoothie cold. Later that night, Roseanne complains to Darlene that Harris is hogging the washer and dryer. When Harris comes downstairs and bullies her mom into letting her go out with strangers instead of having dinner with the family, Roseanne and Dan lay into her for being a pushover.

It seems Harris is having trouble with the move to Lanford from Chicago and describes the town as being filled with “hicks.”

Later that night, the couple wakes up on the couch having fallen asleep watching TV. Dan mentions that they should cut Darlene some slack given that she has to be the good and bad cop with her kids, whereas they were able to divide and conquer. It seems like a good idea, until Roseanne sees that the dryer is filled once again. She confronts Harris who mouths off about the town.

“You’re smart for a kid but you’re still dumb for a person,” her grandmother fires back.

Finally fed up with her granddaughter's attitude, Roseanne dips her head in the sink and sprays her with the water hose. Finally, Darlene comes downstairs to see what’s going on and demands Harris apologize. As she storms off, Harris drops an article of clothing with the tag still on it.

It turns out, her strange friends were stealing clothes for her to sell on her Etsy channel. Roseanne takes a back seat and lets Darlene do the talking. Harris reveals that she’s lined up a place to stay back in Chicago, and that she was saving up for the trip. Darlene understands that the move was hard on the teen, but notes she still needs to be punished.

The episode ends with Roseanne and Dan unpacking the day’s events with Darlene, who is now the proud owner of her daughter’s social media passwords. Together, they sit in front of a computer to snoop through the teen’s posts.