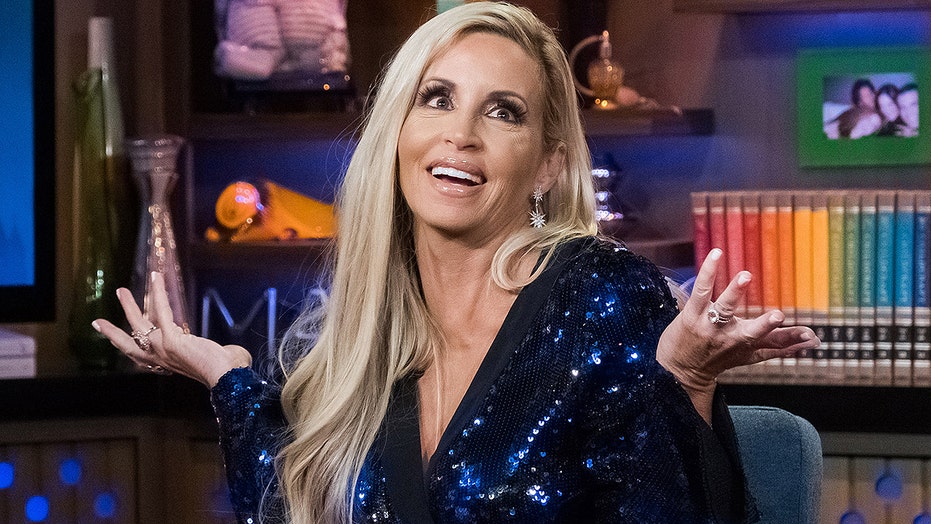 'Real Housewives of Orange County' star Kelly Dodd revealed in a tweet Monday that she once dated beleaguered attorney Michael Avenatti, dumping him the day before Valentine's Day. When asked how long they were dating, Dodd replied, '4 months... broke up with him last year the day before Valentine's.' On Monday, federal prosecutors accused Avenatti of trying to extort Nike for up to $25 million.

On the heels of Bravo announcing two new cast members for “The Real Housewives of Beverly Hills,” its longtime on-and-off fixture Camille Grammer said she received the opposite sentiment.

“I wasn’t asked back. It’s fine,” Grammer said in a since-deleted tweet (via People) on Thursday. “I did my time on the show. And it’s Kyles show,” she added, referring to longtime cast member Kyle Richards.

Grammer — whose Hawaiian wedding to David C. Meyer and fallout with co-stars amid drama with Lisa Vanderpump was captured by Bravo cameras this season — got candid on social media when fans inquired about her status on the show.

In other tweets throughout August, the 50-year-old said Vanderpump’s exit and the addition of Teddi Mellencamp have affected Richards, which “is not good for the show.”

“What made the show work was the main cast being Lisa and Kyle,” she wrote. “KR needed Lisa to balance her anxiety and keep it classy. Now w/Teddi involved KR acts immature. It’s not good for the show.”

She also agreed with various fans who said she should be paid more and not only welcomed back fulltime but given a prime seat next to Andy Cohen at the next reunion.

“I agree, but that is not going to happen. Thanks for your support tho,” she said.

Speaking of the reunion, where Grammer notoriously stormed offset while undoing her dress, the blond beauty also said that the rest of the cast ostracized her and prepared to go against her before the big day.

“They are all on a group text,” she wrote. “I was removed from the group text weeks before the reunion. They prepared their canned answers for the reunion. So what are they going to plan/ stage in the future. Nothing authentic I’m sure from my experience filming the reunion.”

She also said in a deleted tweet captured by People that the reunion was “an awful experience.”

“Garcelle is lovely. I think she will make a wonderful addition to the cast. She is classy and sweet,” she said.

Socialite Sutton Stracke is also joining the ladies of Beverly Hills next season.

Amid Grammer’s Twitter spree and claim that it’s Richards’ show, a source told Page Six that cast members are “not the decision-makers in the casting process.”