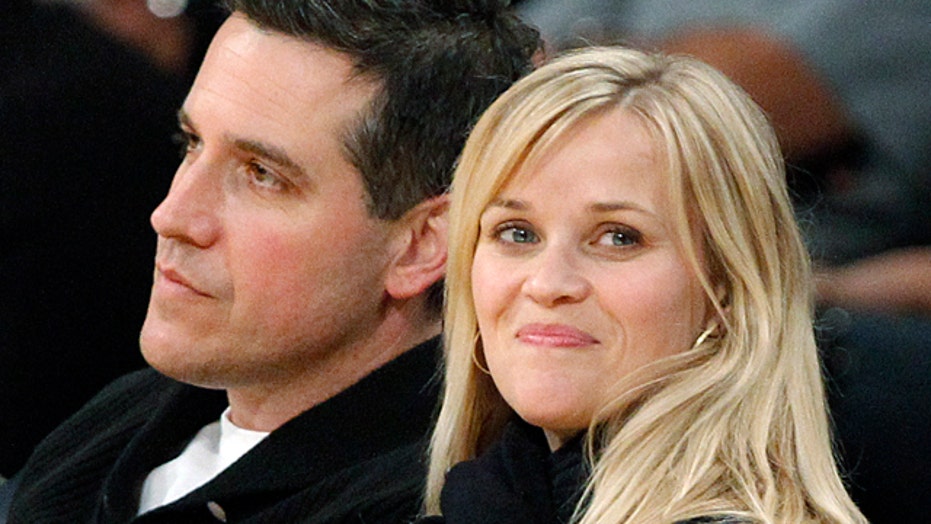 Legally Blonde star has a real-life scrape with the law

LOS ANGELES – A Louisiana-born beauty with blond locks and a heart-shaped face, Reese Witherspoon, 37, has been considered an all-American sweetheart for years, winning over audiences with her performances in movies from "The Man in the Moon" to "Legally Blonde" to "Walk the Line."

But given her arrest for disorderly conduct on Friday -- and how she treated a cop just trying to do his job -- has the Oscar-winner plunged off her pedastal?

Witherspoon was handcuffed and taken to the local police station after cops spotted her and her agent-husband Jim Toth's silver Ford Fusion weaving in and out of lanes. As Toth was given a Breathalyzer test and subsequently arrested for DUI -- reportedly blowing a .139 -- Witherspoon allegedly went on a rude rampage that involved pulling the celebrity card.

"Do you know my name?" she is said to have told authorities. "You're about to find out who I am... You are going to be on national news."

True. But what she failed to realize is that she would be, too, as she was arrested of disorderly conduct.

"Reese Witherspoon’s arrest is a blight on her brand and something which will have an impact on her career. While she may not face serious criminal charges, in the court of public opinion, the actress who was known as America’s sweetheart can face serious backlash from fans," crisis management expert and CEO of 5WPR, Ronn Torossian, told FOX411's Pop Tarts column. "DUI is an ugly crime. And pulling the Hollywood card is something which will haunt her along with the rest, because it smacks of arrogance and disrespect."

The big problem is Witherspoon has herself publicly claimed the good girl mantle in the past.

"I get it girls, that it's cool to be a bad girl. But it is possible to make it in Hollywood without doing a reality show," she told the crowd at the MTV Awards two years ago, before condemning girls who make sex tapes or take naked pictures on their cells phones. "So, for all the girls out there, it's totally possible to be a good girl... I am going to try and make it cool."

And several years ago she assured this column that she would never even go so far as to take on raunchy roles and risk her reputation.

"I've always been choosing roles knowing that I have a daughter and I have a responsibility to her and to the world to be representing women of strength," Witherspoon said. "It's a natural extension of parenthood for you to feel like you're responsible for the worlds you create, whether they be silly or serious."

According to one source who has known the actress for years, while Witherspoon does have quite the "entitled" streak, the pressure of being on top is taking its toll.

"I can only imagine how upset and embarrassed she must be right now," quipped the insider.

Witherspoon released a statement late Sunday apologizing for her "disrespectful" behavior to police, was concerned for her husband, "clearly had one drink too many," and was "deeply embarrassed."

Lucky for her, many say the incident will be barely a blip that on Witherspoon's A-list status.

"Charged and arrested for disorderly conduct will hardly effect how the public sees her," argued Hollywood-based celebrity life and career strategist, Suzannah Galland. "After all, our sweet little Southern girl is Hollywoodized, and allowed to act out once in a while."

Some may even see it as a plus.

"In fact, fans might appreciate that she stood up for her husband, even if her actions were aggressive and even a bit arrogant," said PR guru Gene Grabowski. "She will have to be careful, though, not to make these kinds of scenes a habit. If something like this happens again, people may see a trend developing."

A rep for Witherspoon did not respond to a request for further comment.