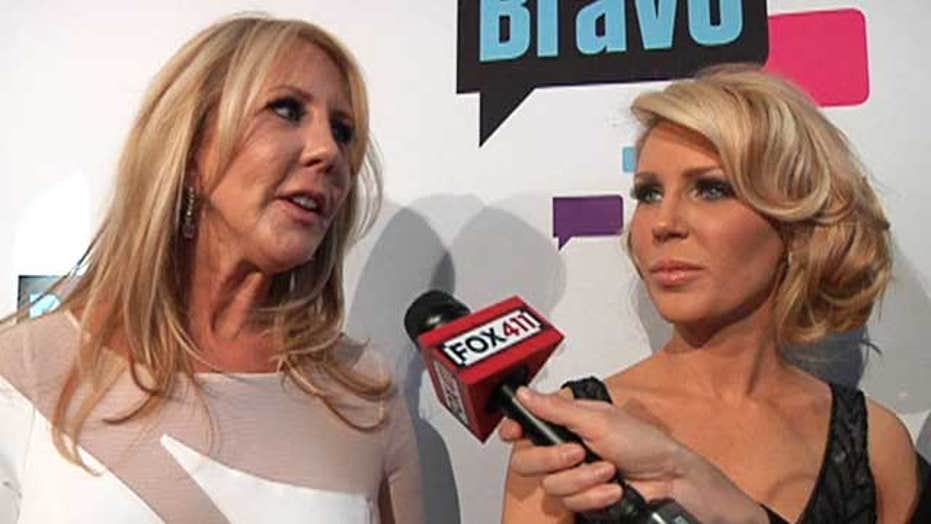 Is anything on 'reality TV' actually real?

The 'Real Housewives of Orange County' reportedly staged scenes. Is anything real?

What is the real deal when it comes to reality television?

Radar Online recently reported that leaked text messages from “Real Housewives of Orange County” star Vicki Gunvalson showed that certain scenes on her hit Bravo series were planned ahead and faked for cameras. According to the texts, Gunvalson’s daughter’s wedding was scripted, not a spur-of-the-moment surprise captured by the cameras.

So is anything we see on so-called “reality TV” actually real?

“Reality television almost certainly has got to be staged to a certain extent. The example of Vicki on, ‘The Real Housewives of Orange County,’ that sort of is the poster child for the word ‘busted,’” explained entertainment journalist Brad Barton.

“I mean if you flat-out talk about, ‘Well, we’re going to go and shoot a sequence where I am surprised about…’ I mean, there you go. It’s just done and one. I think what’s sort of telling in an article from Radar Online, they quote her and I think one of the issues, that’s so surprising here, is that she seems so outspoken about ‘this is all real, this is real for me, this is my reality… This might be your reality, I don’t doubt that you’re living this but that doesn’t mean it’s actually real.”

But the “Real Housewives of Orange County” aren’t the only ones staging scenes, speculated Valerie Greenberg, who runs YouveBeenVALidated.com.

“Reality television is as staged as a Tony-winning Broadway performance…The fact of the matter is people are using reality television as a platform to catapult their careers and to achieve fame.  And, if that means acting out of the ordinary, they’ll do so to be recognized,” Greenberg said.

But Barton said the real issue may be that the stars themselves don’t know what’s real anymore.

“I think what’s sort of telling is in an article from Radar Online, they quote [Gunvalson], and I think one of the issues, that’s so surprising here, is that she seems so outspoken about ‘this is all real, this is real for me, this is my reality’… This might be your reality. I don’t doubt that you’re living this, but that doesn’t mean it’s actually real,” Barton said.

And if scenes are fabricated, should the viewers be made aware?

“I don’t know necessarily if a viewer is owed an explanation at the beginning of a show. What you are seeing is real, is partly scripted or partly re-enacted, or whatever for the sake of heightened drama and your entertainment. I would hope in a way-- although that may not be necessarily the case-- that a lot of consumers are educated enough when they’re selecting their media to know that it’s kind of real and it’s also a little flimsy and scripted perhaps,” Barton said.

“It’s very interesting because in reality competition shows like ‘Big Brother,’ you can watch live feeds and you can actually see that the contestants are being directed so if you follow those live bloggers and feeds you see that for yourself,” she said. “I mean, I think that we’re all smart enough to know that these are strategic settings that people are in when you’re watching reality television.”

Still, for viewers who trust that reality shows aren’t scripted, is it up to stars to keep them in the dark?

“Well, [Gunvalson] did make a big deal about trying to defend the reality of ‘Real Housewives.’ I don’t necessarily [know] if she should have gone so strong in that direction… I almost wish she would have made a statement that said ‘This is 65 percent real, and you can take whatever you want for the rest of the 45 percent,’” Barton said.

Yet Greenberg said the reality star’s actions spoke louder than her words.

“The proof is in the pudding and I think Vicki Gunvalson, she’s good, she should perhaps go the NeNe Leakes route and start acting,” she said. “Perhaps Hollywood might work for her.”