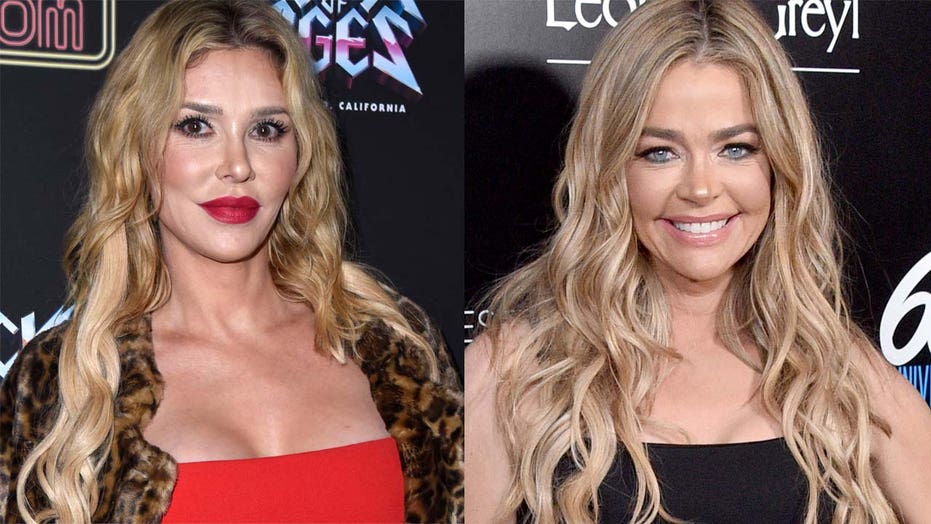 The drama is as alive as ever on the set of "The Real Housewives of Beverly Hills."

In a new supertease for the show, shared exclusively with People magazine, Brandi Glanville reveals an alleged affair between her and her co-star, actress Denise Richards.

"I f---ked her, woke up the next morning [and] she said, 'Aaron can never know this. He'll kill me,'" Glanville, 47, alleged to several co-stars in the clip while at dinner, seemingly before Richards had arrived.

The women, including actresses Lisa Rinna and Kyle Richards, appeared to be shocked by the news.

Later in the clip, the show's stars appeared to confront Denise Richards, 49, about the rumor, prompting a tearful response.

"That is not true!" said Denise Richards, who has been married to her husband, Aaron Phypers, since 2018.

Dorit Kemsley, another of the show's stars, says: "I believe Denise."

The teaser also featured footage from a party attended by several of the show's stars, at which Denise Richards was set to attend but did not show.

"I hope to God she's okay. My heart is racing. I'm really, really scared," said Kemsley as she attempts to call Denise Richards.

The teaser also features footage of Denise Richards pleading that the rumor does not make it to air.

"Bravo has a choice. If they ever want me to be on the show ... they need to cut that," she is heard saying.

Per People, Denise Richards' rep denied back in January that Denise and Glanville hooked up.

Reps for Glanville and Denise Richards did not immediately respond to Fox News' request for comment.