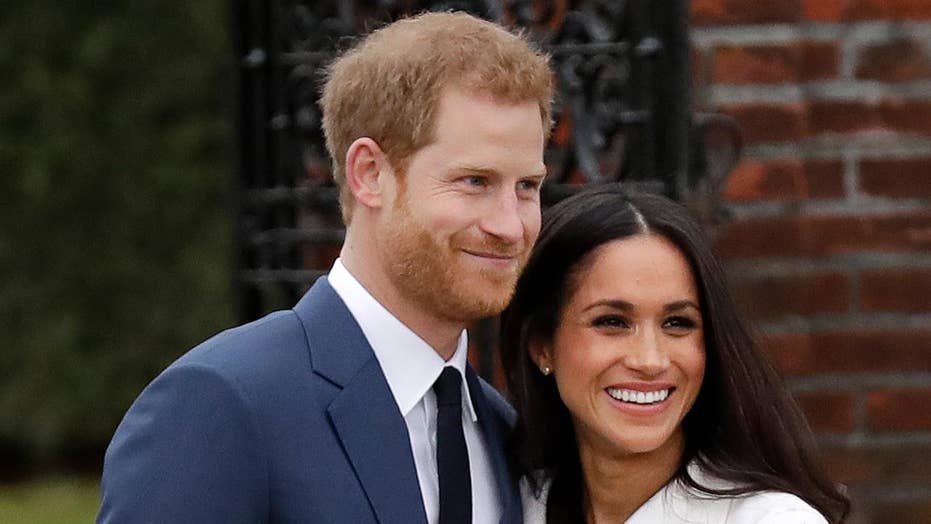 Fox411: Princess Diana's controversial biographer Andrew Morton will write a Meghan Markle tell-all to be released a month before the 'Suits' star marries Prince Harry in May.

Princess Diana’s biographer will be publishing a book on the life of Meghan Markle in April 2018, just a month before the “Suits” star marries Prince Harry in May.

The biography, titled “Meghan,” will aim to tell the life story of the 36-year-old American actress, including the challenges she faced growing up biracial, her rise to fame in Hollywood, her “fractured love life” and the date that led to a royal engagement.

Morton stirred headlines in 1992 when he penned the biography “Diana: Her Story,” which was based on the secretly-recorded conversations between the late princess and her friend, James Colthurst.

With Diana's approval, Morton wrote a heart-wrenching story that explored her secret battle with bulimia, suicide attempts within the palace and a husband who couldn't give up his mistress, ex-girlfriend Camilla Parker Bowles.

The biography became an instant best-seller, but the royal family was reportedly upset with the tell-all, which investigated their well-protected private lives.

Diana would officially divorce her estranged husband Prince Charles, the heir to the British throne, in 1996.

Morton is eager to explore the life of what would have been Diana's daughter-in-law.

“I was a fan of Meghan’s long before she met Prince Harry,” British writer Andrew Morton wrote to Fox News. “She has star quality, what some have called ‘the Markle Sparkle.’

"Confident, groomed and camera ready, she is a dramatic contrast to the blushing, coy royal brides of recent history. The warmth and affection Meghan and Harry displayed during their engagement interview years is light years away from the stilted ‘whatever love means’ conversation with Prince Charles and Lady Diana Spencer in 1981.”

Morton added, “Meghan is an exciting and genuinely charismatic addition to the royal family – she makes the House of Windsor seem relevant again. Hers is a fascinating story and I can’t wait to tell it.”

Diana was allegedly at her wit’s end when she decided to put her trust in the journalist.

Back in July Morton told Fox News he still wonders why Diana chose him to help reveal her story.

“It’s a question that’s always perplexed me,” said the 64-year-old at the time. “[But] she knew I was sympathetic to her. She knew I was writing a biography on her. She knew I knew some of her friends… She tested me out with a couple of stories to see how I’d do… And the fact that I was independent of newspapers, of television meant that I could do her bidding… And I think all of those factors came together, with a deep desire to tell her story.”

He learned the beloved royal relied on her sons William and Harry for support towards the end of her marriage to Charles.

“As the boys got older and became like her counselors and friends as sons, she began to enjoy life a lot more,” said Morton. “Diana was very protective of William and Harry. [If] you ever criticized her boys… she would be on you like a tigress. She was the only one who could criticize those two. Of course she indulged them… She wanted to be a full-hands on parent herself.”