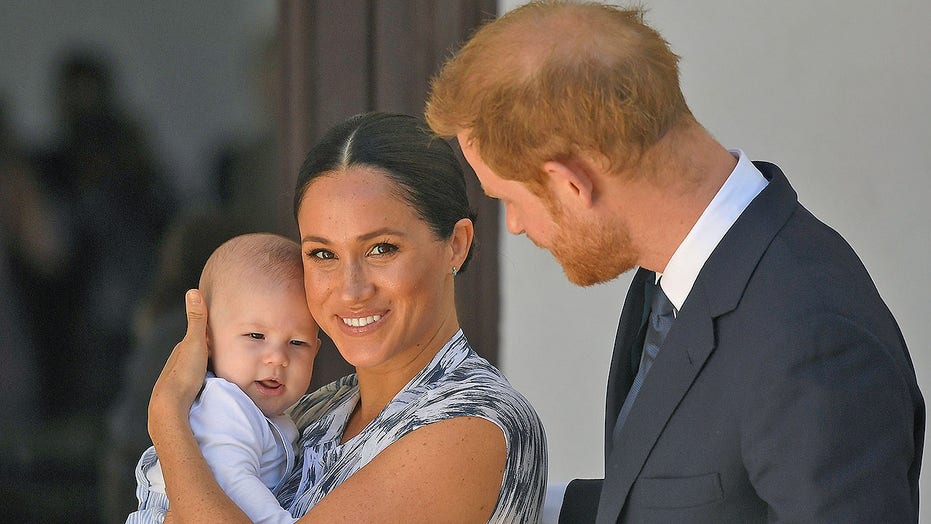 Prince Harry apparently hinted that he and the Duchess of Sussex are thinking about Baby No. 2 when the royal couple made a surprise visit to families of service members in Windsor, England earlier this week and asked one mom how she manages with two children.

"Harry was really quite interested in how things were with second children, as well, because we both have older children. And we were trying to encourage him to have a second baby," mother Susie Stringfellow told the Forces network after the spontaneous stopover.

During the Army wives’ weekly morning coffee meeting, Harry, 35, and Markle, 38, reportedly shared with the group of mothers that Archie has been making great strides in his development as an infant.

"Harry was saying how little Archie was starting to crawl, how they've started eating different foods, [making] all of the funny faces," Army wife Amy Thompson told the outlet.

In July, royal author Katie Nicholl claimed in an interview with "Entertainment Tonight" that Harry and Markle are “loving parenthood” so much that they might be planning on bringing another baby into the Sussex household as early as next year.

"I think it's probably a little premature to be speaking about a second baby,” said Nicholl. "That said, sources close to the couple told me that they really would love to have a big family."

Describing the couple as "amazing parents", the expert added: "They absolutely want siblings for Archie, so possibly we will have a pregnancy announcement for Meghan and Harry sometime next year.

"But for the moment, the focus is obviously on Archie."