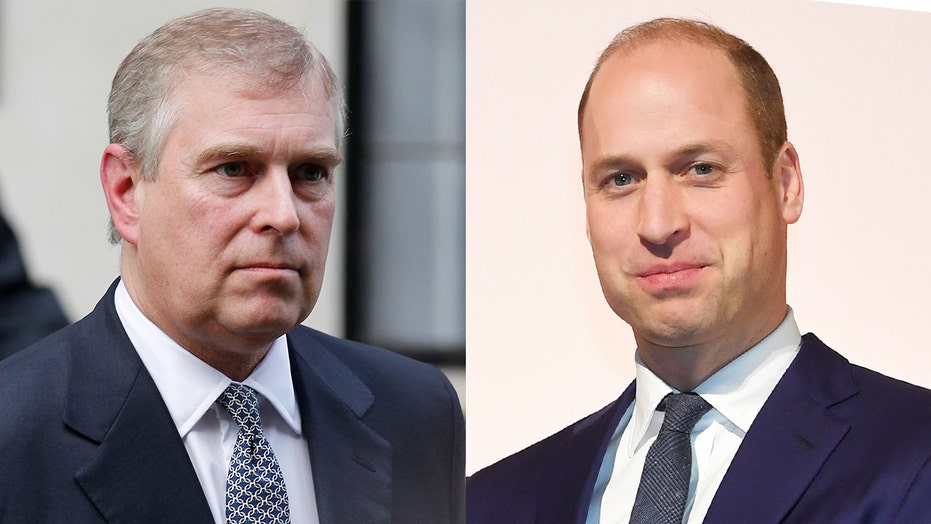 Prince William, who is second in line to the British throne, reportedly played a key role in axing his uncle Prince Andrew from his royal duties due to his connection with the late Jeffrey Epstein.

Sources recently told the Times of London the 37-year-old was heavily involved in the decision that led to the 59-year-old formally relinquishing his official duties following a nuclear interview he gave to the BBC.

In it, Andrew defended his longtime friendship with the disgraced financier who was accused of sex trafficking and was awaiting trial before his death earlier this year in a New York City jail. According to the outlet, Andrew’s own mother, Queen Elizabeth II, gave the Duke of York his walking papers as he continues to face a slew of criticism amid allegations he had sex with an underage girl.

Andrew has also been reportedly kicked out of his own office at Buckingham Palace.

Catherine, Duchess of Cambridge and Prince William, Duke of Cambridge shelter under an umbrella as they attend day one of Royal Ascot at Ascot Racecourse on June 18, 2019, in Ascot, England. (Photo by Max Mumby/Indigo/Getty Images)

“William is becoming more and more involved in decisions about the institution [monarchy] and he’s not a huge fan of his uncle Andrew,” a source told the outlet.

Other insiders also claimed Elizabeth, 93, feels “aggrieved” at allegations she gave the green light to Andrew’s disastrous interview and feels “hoodwinked” by his declarations.

“There is no way the queen and her private secretary wrote a ‘yes’ on a memo that fully explained what was proposed,” claimed a source. “Andrew had a son-to-mother conversation, letting her know that he was planning to address the controversy, but without going into any details. What should have happened was the full palace process, where the interview proposal was placed under all the scrutiny and due diligence that usually takes place.”

Another source also shared that while the monarch is “privately supportive” of her son, she is also “deeply frustrated” by his actions, leading to the scandal rocking the palace.

The paper claimed that since the interview, Elizabeth has scrapped plans for a lavish 60th birthday celebration for Andrew. Instead, she will reportedly mark the Feb. 19 occasion with a small family dinner.

Andrew participated in a tell-all interview with the BBC in which he discussed his controversial relationship with the convicted sex offender and the sexual assault allegations against him.

“I have no recollection of ever meeting this lady, none whatsoever,” he said in reference to Virginia Roberts (now Virginia Giuffre), who has alleged that she was forced to have sex with the Duke of York three times between 1999 and 2002 in London and on Epstein's private island in the Caribbean.

“I stayed with [Epstein] and that’s [something] I kick myself for on a daily basis because it was not something that was becoming of a member of the royal family and we try and uphold the highest standards and practices and I let the side down, simple as that,” the second son of the queen said.

Giuffre claimed Epstein paid her to have sex with the British royal and that she was just 17 years old during their first encounter.

The statement was released after the Mail on Sunday newspaper obtained a Dec. 6, 2010 video appearing to show Prince Andrew inside Epstein's opulent Manhattan home as the prince waved goodbye to a young woman.

Andrew was photographed with Epstein in 2010 in New York's Central Park after Epstein had finished serving his 18-month prison sentence. The photos sparked controversy at the time and led Andrew to quit his role as a U.K. trade envoy in 2011, according to Sky News.