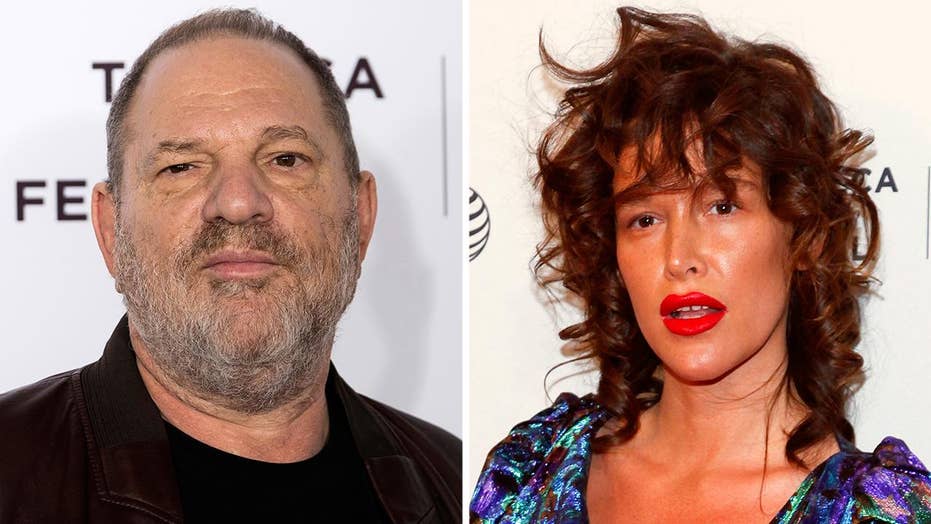 In a complaint submitted on Tuesday, the 34-year-old alleged Eisner and Iger “made a series of decisions that allowed a range of actions by Harvey Weinstein that unacceptably harmed certain employees of Miramax,” which Disney owned at the time, The Hollywood Reporter shared on Wednesday.

“It is clear that the risk of sexual assault by Harvey Weinstein is inherent in the working environment fostered at Miramax,” wrote attorney Aaron Filler. “De la Huerta and her family were aware of an anxious about these risks at the time of the undertaking to allow Paz de la Huerta to participate in the making of the ‘Cider House Rules’ film… The motivating emotions of Harvey Weinstein were fairly attributable to the work conditions of his controlling the work and hiring of young female actresses while imbuing all aspects of the work with a sense of likelihood or expectability of intimate sexual contact.”

According to the outlet, De la Huerta alleged that Disney is responsible because the assault arose from “the bringing together of these two individuals [de la Huerta and Weinstein] in the course of business of Miramax.”

“The Weinsteins operated and managed their business with virtual autonomy,” a rep for Disney told The Hollywood Reporter in response to the complaint. “There is absolutely no legal basis for claims against the company and we will defend against them vigorously.”

De la Huerta sued Weinstein, 67, for sexual battery in November 2018. She also went after The Weinstein Co. and the Four Seasons hotel in Beverly Hills, Calif. for their alleged roles.

According to the “Boardwalk Empire” star, she met Weinstein in 1999 when she was then 14 and working on “The Cider House Rules,” which starred Tobey Maguire and Charlize Theron. More than a decade later, de la Huerta alleged that Weinstein raped her. The suit was moved to federal court and remanded back to Los Angeles County Superior Court.