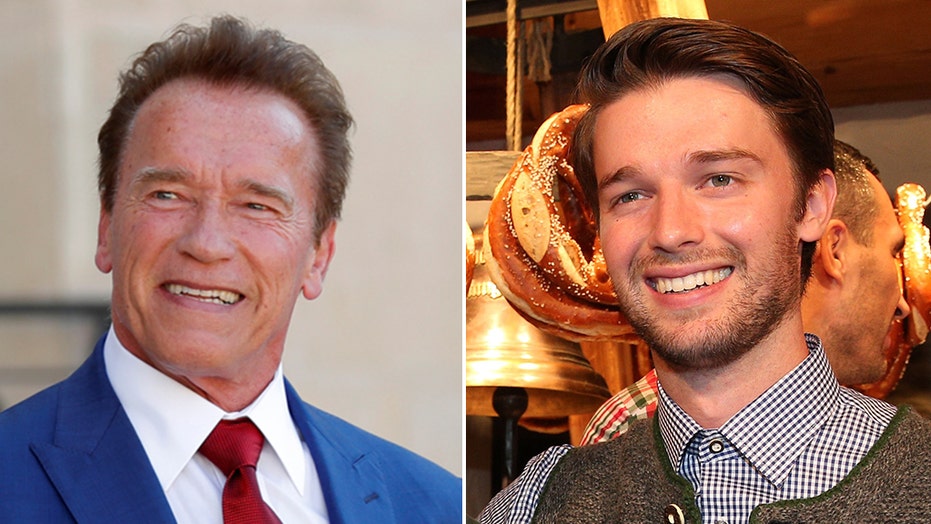 Patrick Schwarzenegger doesn't have the fondest of memories of his dad as Mr. Freeze in the 1997 film "Batman & Robin."

In an interview with Variety, the 26-year-old actor recalled how he felt seeing his father, Arnold Schwarzenegger, as the comic book villain. (Schwarzenegger starred as Mr. Freeze opposite George Clooney’s Caped Crusader.)

“I was super young,” he explained to the outlet. “But I have these brief memories of my dad going in and becoming Mr. Freeze. And him going in as dad and coming out as this big, blue, bald guy."

Patrick, whose mom is Arnold's ex-wife Maria Shriver, added: "I have photos of me with him and my mom, and I’m, like, creepily staring at him, like I’m scared and I don’t know who he is.

"I think I was scared of him," Patrick confessed.

However, according to the outlet, visiting his father on movie sets ultimately paid off as it inspired Patrick to follow in his acting footsteps.

Patrick's visits to movie sets inspired the 26-year-old to follow in his father's acting footsteps, according to Variety.  (Reuters/Getty)

Currently, Patrick is starring in the indie psychological thriller "Daniel Isn’t Real,” which follows Luke, a college freshman who resurrects an imaginary friend to help him cope after suffering a violent family trauma.

"When I first read the script, I was a little bit, like, ‘Whoa! What the f— is going on?’” Schwarzenegger explained. “And then, as I read it more, I got really interested. It brought up current issues — mental health and how pertinent it is today with young men, and the idea of toxic masculinity. Those were some of the reasons I wanted to end up doing it.”