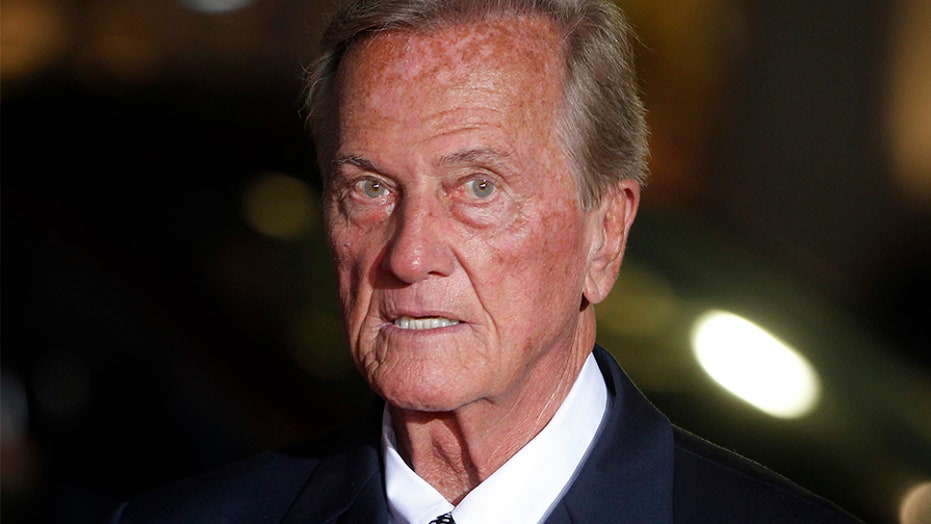 Former teen pop idol Pat Boone recalled meeting his pal from Tennessee Elvis Presley. The singer, who is now 86, also described his last conversation with the King before he passed away on Aug. 16, 1977 at age 42.

EXCLUSIVE: Pat Boone fired back after Speedy Gonzales – the "fastest mouse in all of Mexico" – was deemed racially insensitive.

On March 3, The New York Times published an op-ed by columnist Charles M. Blow who argued that Speedy Gonzales’ on-screen friends "helped popularize the corrosive stereotype of the drunk and lethargic Mexicans."

The decades-old "Looney Tunes" character, who is bilingual, is known for wearing a sombrero and speaking in a thick accent. The classic cartoon famously outsmarted and outran villains while repeating his Spanish-language mantra: "¡Andale! ¡Andale! ¡Arriba! ¡Arriba!" ("Come on! Come on! Up! Up!").

"Hey, how stupid must you be to think a cartoon mouse is a bad influence?" Boone told Fox News. "Is Mickey an insult to other rodents? Goofy to slow dogs? The Road Runner to wily [coyotes]? Elmer Fudd to hunters?"

'Battle Of The Drag Racers' circa 1964. From left: Road Runner, Speedy Gonzales. (Photo by LMPC via Getty Images)

"Let’s be truly concerned about jobless people, hungry children, maimed veterans and war widows... and [leave] the few harmless things we can still laugh about alone," Boone shared. "Let grandma and the three little pigs win once in a while – c’mon!"

The singer’s 1962 song "Speedy Gonzales" was written by Buddy Kaye, Ethel Lee and David Hess, also known as David Dante. Dante was the first person to record the track, which appeared on the Hot 100 in April 1961.

Boone’s cover peaked at #6 on the Hot 100, where it spent 13 weeks. It was an international Top 10 hit, reaching #1 in several European countries.

"When I first heard Speedy Gonzales, I was appearing in the Araneta Coliseum in Manila, a 24,000-seat 10-day engagement," the 86-year-old recalled. "Late one night in a little club, a little trio rocked the joint with this goofy song – which was number1 there, an American record by David Dante on RCA… I had to sing it, it was such fun!"

"I brought the original record home, added my own prologue and got sessions singer Robin Ward to voice Rosita and Mel Blanc as Speedy," Boone continued. "We had a ball recording it – and it zoomed up the charts, here and around the world, faster than any other record I ever made. After all, the character was Speedy!"

Boone said that over the years, the song has remained a beloved favorite among fans.

"Through my subsequent career, everywhere I perform, I always sing ‘Speedy’ – and the biggest cheers are from the Latin audiences," said Boone. "He’s their national favorite. Even Israel Prime Minister Netanyahu calls me ‘Speedy’ whenever we meet because he loved that song when he was at MIT in college – and it was my biggest hit in Israel, too."

Gabriel Iglesias, a Hispanic comedian known as "Fluffy" who will lend his voice to Speedy in the new "Space Jam" movie, recently called out "cancel culture" on Twitter.

"I am the voice of Speedy Gonzales in the new Space Jam," the 44-year-old, whose family comes from Mexico, tweeted. "Does this mean they are gonna try to cancel Fluffy too? U can’t catch me cancel culture. I’m the fastest mouse in all of Mexico."

In the now-viral op-ed, Blow took on Dr. Seuss and also broke down other popular children’s content that he found problematic. In the piece, he also recalled how Pepé Le Pew "normalized rape culture."

The French skunk will not be appearing in the "Space Jam" sequel, Deadline reported. According to the outlet, the character's absence has nothing to do with Blow's remarks.

Six Dr. Seuss books – including "And to Think That I Saw It on Mulberry Street" and "If I Ran the Zoo" – will stop being published because of racist and insensitive imagery, the business that preserves and protects the author’s legacy recently announced.

"These books portray people in ways that are hurtful and wrong," Dr. Seuss Enterprises told the Associated Press in a statement that coincided with the late author and illustrator’s birthday.

"Ceasing sales of these books is only part of our commitment and our broader plan to ensure Dr. Seuss Enterprises’ catalog represents and supports all communities and families," it said.

The other books affected are "McElligot’s Pool," "On Beyond Zebra!," "Scrambled Eggs Super!," and "The Cat’s Quizzer."

The decision to cease publication and sales of the books was made last year after months of discussion, the company, which was founded by Seuss’ family, told AP.

"Dr. Seuss Enterprises listened and took feedback from our audiences, including teachers, academics and specialists in the field, as part of our review process. We then worked with a panel of experts, including educators, to review our catalog of titles," it said.

Children's book author/illustrator Theodor Seuss Geisel poses with models of some of the characters he has created, circa 1959. (Photo by John Bryson/The LIFE Images Collection via Getty Images/Getty Images)

In "And to Think That I Saw It on Mulberry Street," an Asian person is portrayed wearing a conical hat, holding chopsticks, and eating from a bowl. "If I Ran the Zoo" includes a drawing of two bare-footed African men wearing what appear to be grass skirts with their hair tied above their heads.

Books by Dr. Seuss – born Theodor Seuss Geisel in Springfield, Massachusetts, on March 2, 1904 – have been translated into dozens of languages as well as in Braille and are sold in more than 100 countries. He died in 1991.

Fox News' Michael Ruiz and The Associated Press contributed to this report.