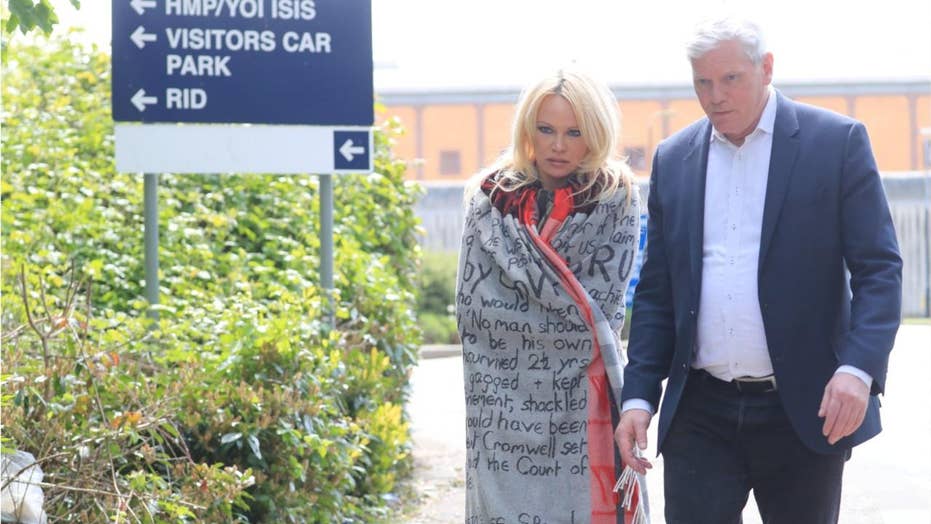 The friends and former love birds had a bitter sweet reunion inside a London prison. The visit is the first for Pamela Anderson since Julian Assange was arrested inside Ecuador’s embassy last month.

The former "Baywatch" star appeared on "Good Morning Britain" on Monday, where she advocated for the WikiLeaks founder's asylum and innocence.

"He was right seeking asylum because everything he said was going to happen, happened," Anderson, 50, said.

Assange was arrested at the Ecuadorian embassy in London in April after Ecuador withdrew his asylum.

He was charged with conspiracy to commit computer intrusion for aiding Chelsea Manning in the cracking of a password to a classified U.S. government computer in 2010, the U.S. Justice Department announced.

Anderson has visited Assange in prison. 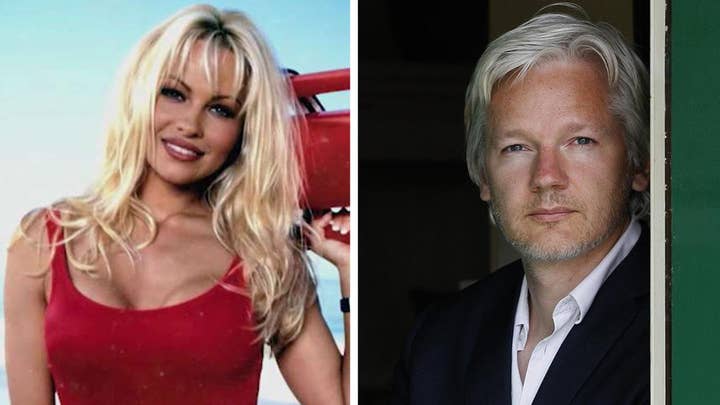 "He’s just a fantastic guy," she said. "I saw him, he hugged me and picked me up off the ground. He’s still this testament of human spirit."

When asked what the visit was like, she replied, "I went to visit him in prison. That's not somewhere you want to leave a dear friend. I care a great deal about Julian.  I think he has been psychologically tortured."

"I just want people to understand that this is a good person who has dedicated himself to telling the truth to the public, which we deserve to know," she said. "Exposing war crimes and the people he’s exposed haven’t faced any penalty. But he’s sitting in prison because there are obviously more stories to keep."

Anderson has previously said Assange hasn't been healthy and that she fears for his physical health and safety.

The actress previously told Fox News she had a close "romantic" relationship with Assange.