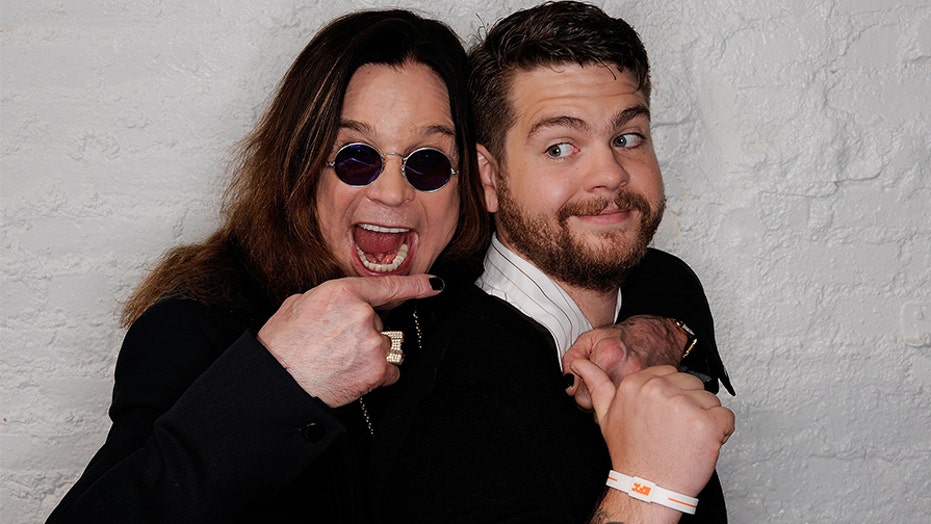 EXCLUSIVE: At age 71, Ozzy Osbourne is ready to share his story in front of cameras.

The Grammy winner and former vocalist for the metal band Black Sabbath is starring in a new episode of A&E’s “Biography” docu-series, titled “Biography: The Nine Lives of Ozzy Osbourne,” which celebrates the life and career of one of rock’s biggest stars.

The two-hour special, which premieres on Labor Day, features the British artist candidly discussing the numerous highs and lows of his life. His children, wife Sharon Osbourne, close friends, bandmates and more also come forward to share their little-known memories of the rock icon.

The special also highlights never-before-seen interviews about his recent Parkinson’s diagnosis. In January, Osbourne announced he was diagnosed with the nervous system disorder that affects movement. He shared that the news came after a fall last year. And while he was forced to cancel tour dates last year due to health troubles, Osbourne insisted he was eager to get well and get back to performing because he misses his fans.

Osbourne’s son Jack Osbourne also participated in the special. The 34-year-old spoke to Fox News about bringing the documentary to life, his father’s decades-long marriage to Sharon, 67, as well as how being invited to the White House forever impacted him.

Fox News: What was it like reflecting on your father’s life and career for a special like this one?
Jack Osbourne: It's always very weird because, at the end of the day, my dad is my dad. People don't see him as their dad because he's not, other than his children. I have a very different view of my father than I think most of the world. This is the second documentary I produced on him. With the first one, I was finding out things that came to light that I had no idea about. So doing this project now, I put it all in perspective.

Fox News: The “Biography” special highlighted the moment that Ozzy was invited to the White House. How much of an impact did that have on him?
Osbourne: He still talks about it often. think it was a pretty big deal for him. My dad and how he was growing up, it was very blue-collar, very working class.

And I think the fact that you're all of a sudden being invited to the White House Correspondents' Dinner and President Bush is up there giving you a call out, that was kind of cool. And this was at a time, too, when the White House Correspondents' Dinner wasn't really known for inviting celebrities. It was in the early 2000s, so it was still very much press only. My dad was just blown away by it. It was a very proud moment for him.

He’s had a really remarkable story from growing up in a tiny, two-bedroom house with eight people living in it to having a 50-year career and meeting the president of the United States. Whether you like his music or not, it’s still an amazing story of success.

Fox News: One of the constant themes of this documentary is your father’s working-class upbringing. It sounds like he has never forgotten his roots. How important has that been for him?
Osbourne: It’s funny. I think it's something that's imprinted on him. He always feels like nothing's enough, because he ... It's like this weird dichotomy how he always wants to keep going, always this, “I’ve got to keep walking. I got to keep doing this, I've got to keep busy and keep my craft tuned.”

When you grew up in a household where there wasn't a lot... I think it's a deep fear of his to where he's like, "I don't want to ever experience that ever again." I mean, they were very much below the poverty line. He didn't have running water in his house. They didn't have an inside bathroom. And I think having grown up like that he just never wants to return to it, so it created a strong work ethic.

It's something that my dad always taught me. When you say you're going to be somewhere and you got work to do, you do your work. You don't just kick back. You'll never meet someone who is more on time than him. I mean, if you say you're going to pick him up at 4:45 on a Tuesday, you better be there at 4:44, because at 4:46, he's calling you, being like, 'Where are you? You said you'd be here.'"

Fox News: You must have learned that the hard way.
Osbourne: *Laughs* Oh yeah, absolutely. He prides himself on being on time and ready to go when it's time to do something.

Fox News: When did you realize that Ozzy Osbourne was different from other dads?
Osbourne: It probably wasn't until I started going to school when I was, three or four. But it was all I knew, so it was normal.

My best friend still to this day, his dad was a tiler. I'd go to play dates at their house and his dad's going off to the job site and my dad's gone off on the road. I think that's when things got put into perspective. And then when older kids in the school would come up to me and say things about my dad and talk about him to me, I think that's when things got interesting.

Fox News: In the documentary, it was mentioned that your father’s addiction didn’t have an effect on you as a child. Looking back, do you believe age was a factor?
Osbourne: I think it certainly was that, and not to normalize things that shouldn't be normalized, but when you're in a family of addiction and you have nothing to compare it to, you just think that that's what's normal. I think it was when I was getting older that I started to go, 'There’s something going on here, and this isn’t normal.'”

Ozzy Osbourne, former lead singer of Black Sabbath, pictured at home two weeks after the birth of his baby boy Jack on November 25, 1985. (Photo by Mike Maloney/Mirrorpix via Getty Images)

Fox News: What do you believe has been the secret behind Ozzy’s decades-long success?
Osbourne: I think career-wise, my dad has had a meaningful pop culture impact in every decade he's been working. In the '70s, it was being in Black Sabbath and helping to define a genre. In the '80s, he was arguably the first shock rocker. And all through the ‘90s, it was helping to revitalize a genre and keep some of that rebellion. The 2000s was with “The Osbournes.” He's had another hugely successful album this last year.

I think it's the ability to pivot and grow with your audience. Not many artists can do that, and I think that's where the notion of being immortal comes from. We live in a society where most careers are like a flash in the pan.

Fox News: What about your parents’ marriage? What’s the secret behind that union?
Osbourne: Man, I think it's because their lives are so intertwined. They're married, they share children together, they work together, they share interests, and so it's like this full 360. I'll joke to them and say like, 'You guys don't love each other. You're just horribly co-dependent,' because it's just like, one can't live without the other at this point. They're like one person.

Fox News: Ozzy opened up about his Parkinson's diagnosis in January of this year. How is he doing today?
Osbourne: He's doing good. I mean, we're actually on vacation together right now, and we're up in Santa Barbara. He was just in the pool with my kids swimming around till the last hour. He’s slowly but surely getting better. It's a very slow recovery. He's frustrated, but I like to remind him that he's never been 70 years old with a broken neck before, so it's going to take time.

Fox News: What's he like as a granddad?
Osbourne: Oh, he's great. As long as there's no poop involved, he's great. The moment there's poop, he's out.

Fox News: With everything that your father has experienced, was there ever a moment for you where you felt like it was going to be very difficult for him to recover, whether it was a career mishap or personal battle?
Osbourne: I think the latest issue dealing with Parkinson's and neck injury. I think this has probably been the only time where I was like, "Whoa, this is not good." But it's a fleeting thought. I think that happens with everyone when they're dealing with a sick family member.

"Biography: The Nine Lives of Ozzy Osbourne" airs Monday, Sept. 7th at 9 p.m. on A&E. The Associated Press contributed to this report.