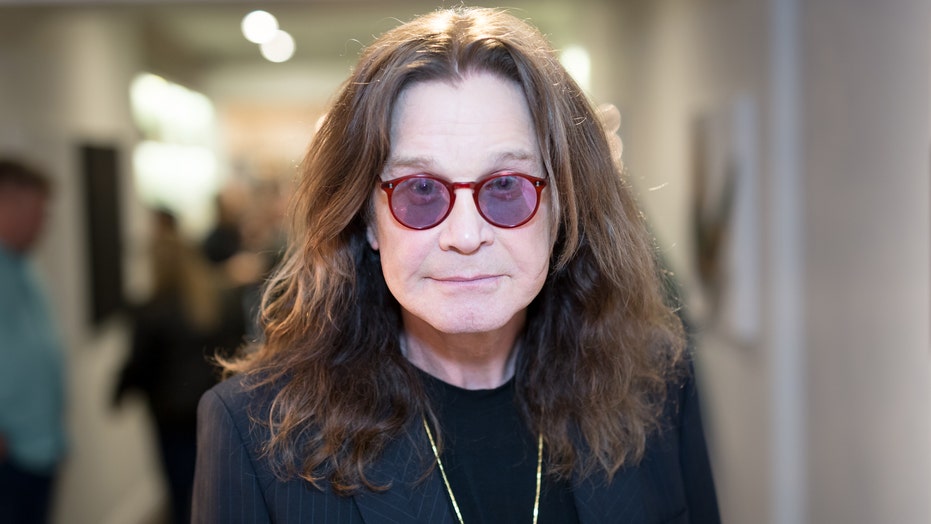 Ozzy Osbourne is opening up about the slow road to recovery he’s on after undergoing spinal surgery earlier this year.

The former Black Sabbath frontman, 71, revealed in January during a “Good Morning America” interview alongside his wife, Sharon, that he was diagnosed with Parkinson’s disease and labeled 2019 the “most painful, miserable year” of his life.

Speaking during an interview with SiriusXM on Saturday, Osbourne lamented the “slow recovery” he’s undergoing since getting spinal surgery.

"I'm not back to 100%. I'm about 75% there," he said according to USA Today. "Spine surgery is bad news ... I've been in such a bad state with pain. I'm still having a lot of pain. Nothing like it was -- there was a point I was telling to Sharon the other day, I was convinced that I was dying. I was in that much discomfort and pain and misery. I thought they were all hiding it from me."

He continued, "I remember saying to Sharon, 'You've got to level with me. Is it worse than you're making it out (to be)?' She says, 'No.'"

Despite the slow recovery, the “Crazy Train” singer remains optimistic. He said that he “cannot wait” to get back to performing. However, with the coronavirus pandemic shutting down most indoor venues, he worries that the kind of concerts he is used to putting on may be a thing of the past.

In his January interview with Robin Roberts, Osbourne revealed that he had a miserable year after falling in the bathroom.

“When I had the fall, it was pitch black. I went to the bathroom and I fell," Osbourne recalled at the time. "I just fell and landed like a slam on the floor and I remember lying there thinking, ‘Well, you’ve done it now,’ really calm. Sharon [called] an ambulance. After that, it was all downhill.”

Black Sabbath's former lead singer revealed he was diagnosed with Parkinson's disease, which is a neurodegenerative disorder that typically develops slowly over years, although not all patients are affected the same. It can cause tremors, limb rigidity, gait and balance issues and slowness of movement. There is no known cure for the disease, but patients can seek treatment through medications and surgery, according to the Parkinson’s Foundation.

"It's PRKN 2," Sharon shared of Ozzy's diagnosis at the time. "There's so many different types of Parkinson's; it's not a death sentence by any stretch of the imagination, but it does affect certain nerves in your body. And it's -- it's like you have a good day, a good day, and then a really bad day."