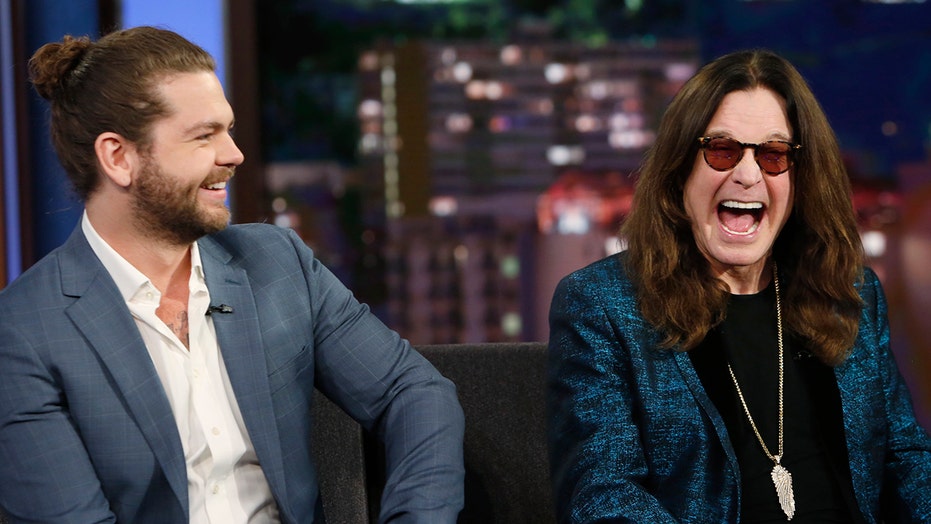 Ozzy Osbourne wasn’t particularly pleased with seeing the final edits of an upcoming documentary about his life, according to his son Jack Osbourne -- but not for the reasons one might think.

The “Portals to Hell” star and executive producer, 34, opened up about the creative process of producing another film centered on the life of his famed father and Black Sabbath frontman in the forthcoming “Documentary: The Nine Lives of Ozzy Osbourne." It is slated to premiere on A&E this summer and loosely serves a follow-up to the 2011 music film “God Bless Ozzy Osbourne.”

Jack said of the new project -- which will feature testimonials from the likes of Post Malone, Marilyn Manson, Ice-T and others reflecting on Ozzy Osbourne’s overall impact and influence on music -- the biggest discovery that was made during filming was finding out the death metal crooner had come down with Parkinson’s Disease.

“You know, I think... well the biggest discovery, and it all happened when we were filming it, was the Parkinson's diagnosis,” Jack Osbourne told Access Hollywood via video chat on Wednesday. “We touched on it a little bit in the film. This is the second documentary I produced about him. And it's just, you know, it's kind of an evolution of the last one to a degree.”

In speaking with the outlet, Jack Osbourne revealed that his dad was so “uncomfortable” watching the program that the Ozzfest co-founder walked on numerous occasions.

“It doesn't feel like just a bunch of talking heads and, you know, it's really honest and at times not such a flattering portrayal of my dad,” Jack Osbourne explained. “When I played it and when he watched it for the first time, he probably got up and left the room maybe four times during it. So that gives you a gauge of how uncomfortable he got watching it.”

Furthermore, Jack Osbourne admitted that he and director Greg Johnston, as well as producers Bob Sarles and Christina Keating, actually had to re-cut the edits that included the Parkinson’s diagnosis, a decision he said came after the family came together to discuss whether it should be included.

“We had to go back and reopen the edit because initially, it was kind of a decision amongst the family, like, do we talk about this or should we just kind to keep this quiet for a while, see how things progressed,” he said. “And I was really kind of leaning on both my parents saying like, ‘We've just spent a year making this film and we know this has happened and we should own it.’”

“I mean, there's a lot of it. There's a lot more benefit from my own experience [battling multiple sclerosis]. There's a lot of benefit about just owning this kind of -- something like this versus trying to hide,” Jack Osbourne continued. “You're only as sick as your secrets. And if you just kind of go like, hey this is what's going on, this is where I'm at my life -- and my dad's always been that as a person. He's never tried to hide who he is.”

Jack Osbourne also praised Johnston for his ability to hone in on the full life of Ozzy Osbourne and highlight decades of accomplishments into just a couple hours.

“Greg Johnston, just he's -- we've worked with him for nearly 20 years. And he just knows music and he knows my dad's story better than anyone,” Jack Osbourne said. “And he just did such an amazing job truncating 71 years into a two-hour documentary. And it's fantastic. And we were supposed to premiere it at South by Southwest (SXSW). And, you know, we had started getting a bunch of invites to other film festivals, and then corona[virus] really just screwed it up.”

Jack Osbourne said the family wanted the project to be a showcase of the career Osbourne led instead of an indictment against his challenging health.

“And so everyone kind of got on board and they did that 'Good Morning America' interview. So we feature it a little bit,” he said. “It's not the kind of defining moment of the film, because that's not what my dad's legacy has been about.”