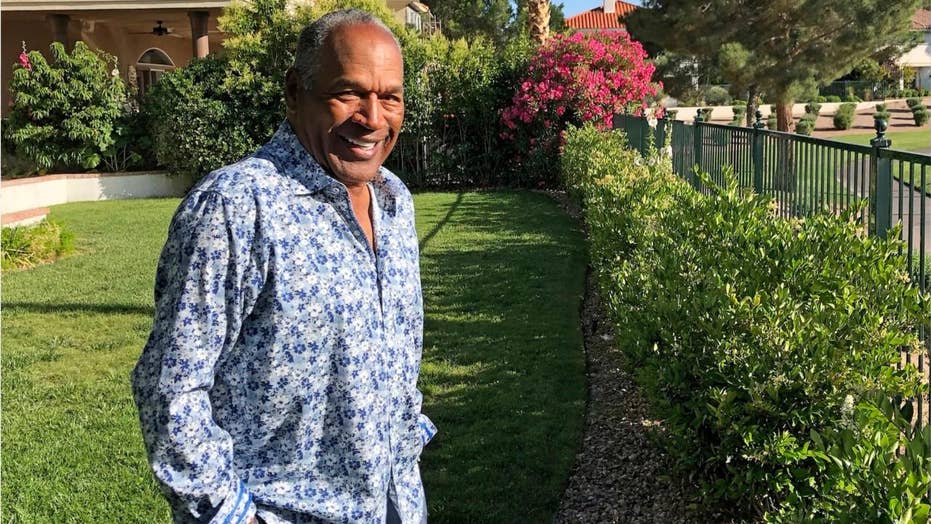 O.J. Simpson shared a story about Michael Jackson on the 10th anniversary of his death.

O.J. Simpson shared his thoughts on Michael Jackson on the 10th anniversary of the King of Pop’s death.

Simpson, who was acquitted in 1994 for the murders of ex-wife Nicole Brown Simpson and Ron Goldman, caused a stir earlier this month when he revealed he’d joined Twitter with some “getting even to do.”

The former NFL player and the real-life subject of “American Crime Story: The People v. O.J. Simpson” appeared in a video posted to his account in which he discussed the late Michael Jackson.

Sitting behind the wheel of a golf cart, Simpson discussed Jackson’s legacy and shared a story about bringing his kids to the singer’s Neverland Ranch several years ago.

“Hey, Twitter world. You know, I woke up this morning and they were talking about Michael Jackson’s 10th anniversary of his death. It got me thinking about Michael, it seems like 100 years ago.”

Simpson discussed starting a charity with Jackson before launching into an anecdote about his home in L.A. being “under siege by the media.”

“Michael found out, he called me, he said, ‘O.J.! You’ve gotta take the kids up to Neverland Ranch. They’d love it!’ And I did. And it was wondrous. The kids would come up, they would bring some of their friends. It was so great that I started bringing my adult friends up there. Michael was never there, but he always had gifts for the kids,” Simpson said. “My point is, I could never debate anybody about Michael Jackson, I didn’t know enough about his private life to do that. What I do know is that my experience with him was that he was a kind and generous soul. Rest in peace Michael, take care.”

GERALDO RIVERA: OJ SIMPSON’S ON TWITTER -- WHY PEOPLE ARE FLOCKING TO HIM (EVEN IF HE DOESN’T DESERVE IT)

With that, Simpson sped out of frame in his cart.

Jackson has been a controversial figure lately following a renewed interest in allegations of sexual misconduct brought up in the documentary "Leaving Neverland."

Simpson previously said he’d be outspoken on his Twitter account, arguing that people have been speaking about him with “no accountability” for years. He even caused a stir by tweeting about the Democratic primary debate, even though he cannot vote.