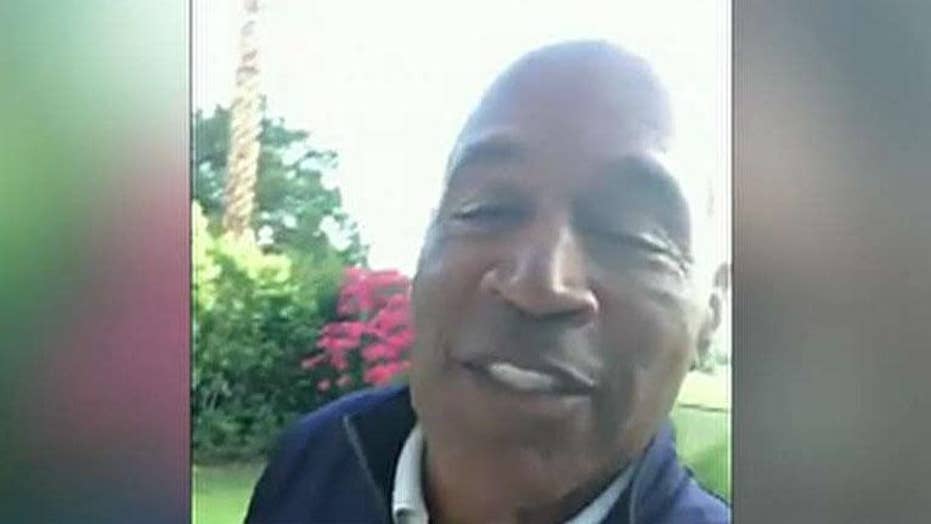 Simpson says he has some 'getting even to do'; reaction and analysis on 'The Five.'

Since O.J. Simpson joined Twitter over the weekend, he declared he has “got a little getting even to do” and reportedly threatened a parody account with knife emojis.

On Tuesday, Simpson was looking for fantasy football advice.

JUAN WILLIAMS SAYS O.J. JOINING TWITTER IS 'CATNIP FOR THE MEDIA,' WATTERS CONCERNED AT 'GETTING EVEN' REMARK

The former Buffalo Bills running back, who was famously acquitted of charges that he murdered his estranged wife Nicole Brown Simpson and her friend Ron Goldman, asked the social media platform about who they thought the top fantasy football prospect was.

“Taking an early look at fantasy football.  @PatrickMahomes was my clear #1 but with [Tyreek Hill] status still up in the air I am debating @bakermayfield or @TG3II. What do you think?  Am I missing someone?”

Some of the responses were fierce.

Simpson joined Twitter on Sunday, announcing his presence on the platform by posting a grinning video in which he discussed the fact that many have been able to say whatever they've wanted about him for years, but he now has "got a little getting even to do.”