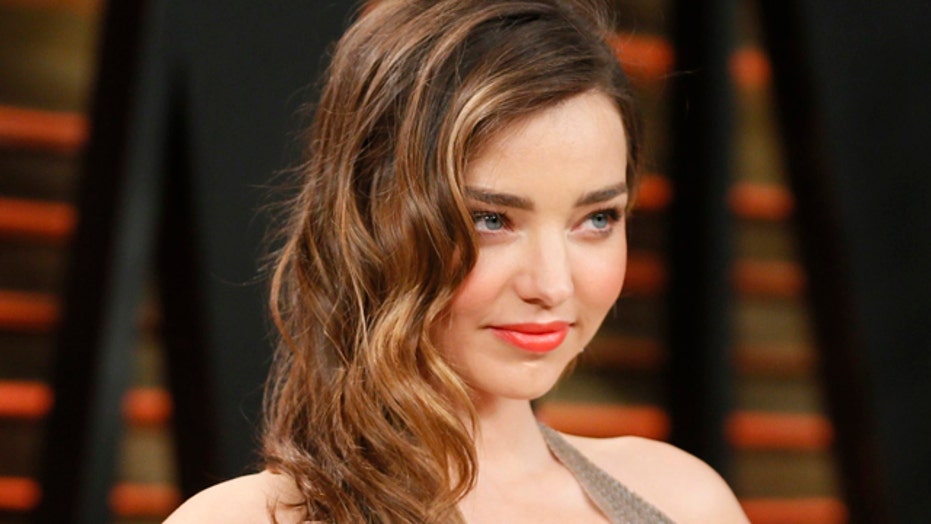 Miranda Kerr stripped down for a sexy new commercial.

Miranda Kerr is too naked for one Australian grocery store chain.

Coles supermarkets pulled the January/February issue of fashion magazine Harper's Bazaar Australia featuring Miranda Kerr in the buff out of its stores' aisles.

“In response to feedback from our customers, many of whom shop with their children, we removed the magazine from sale earlier this week,” a rep for the chain told news.com.au.

"I have had so much positive feedback from around the globe, it is a shame Coles does not also recognize the artistic integrity of this image," Hush said.

"We're now living in an era of Victoria's Secret Angels, stolen nude photos and attempts to break the Internet with reality stars in provocative poses," Hush said as further justification for the cover.

But Kerr said she was surprised she was asked to pose naked in the first place.

"The funny thing about this shoot was that I didn't know we were doing nudes, I thought we were doing a fashion story," Kerr had said previously.

Kerr actually wore a G-string for the shoot that was airbrushed out of the cover image, Hush said, explaining: “This is what all models wear on editorial shoots.”

But sometimes, they also wear clothes over it.

Four4Four: Is all the 'Star Wars' stuff just too much for you?