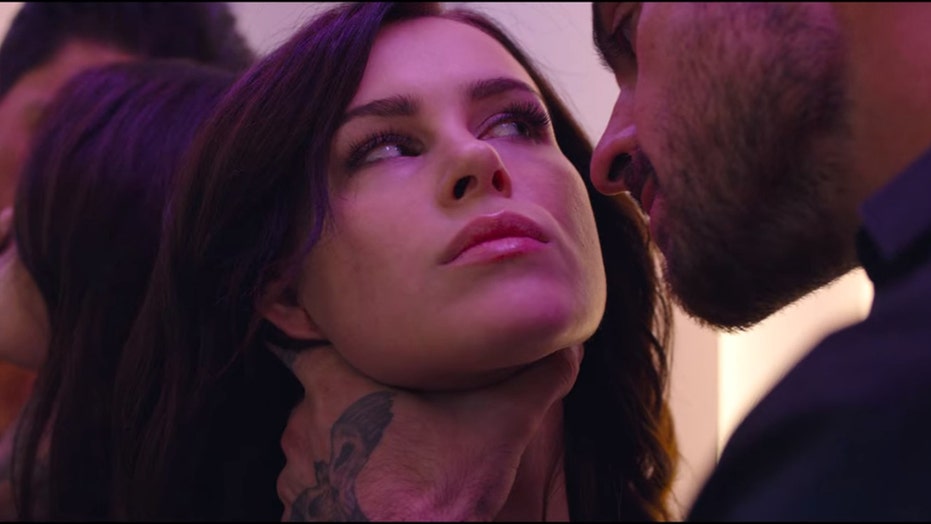 A new international film on Netflix has some viewers crying foul.

The Polish movie “365 DNI,” which is currently sitting at the No. 6 spot among the streaming giant’s trending programs in the United States, is quickly dividing viewers who feel that the film glorifies certain aspects of inappropriate relationship behavior.

The film plot sees a “fiery executive,” played by Anna-Maria Sieklucka, abducted and imprisoned by a mafia boss, played by Michele Morrone – with the caveat being that Sieklucka’s character, who is stuck in a lifeless relationship, has one year to fall in love with her kidnapper.

'365 DNI' is based on the Blanka Lipińska-written novel.  (Netflix)

The movie is based on author Blanka Lipińska's novel of the same name, and once the film was made available to U.S. viewers, many took to social media to voice their opinions about the sultry flick, pointing to the idea that it “romanticizes” Stockholm syndrome.

"In movie 365 DNI on Netflix they actually romanticize Stockholm Syndrome. I can't even begin to express the levels of wrong that exist with this film/book," said one individual.

“Watched 365 DNI bec [sic] of the noise it created. Can I just say that the movie IS TOO OVERRATED. I can only cringe over their lines, predictable story plot, and unrealistic twists. You know what it is called when u fall in love with ur kidnapper? Its Stockholm Syndrome. Not love sis,” tweeted another viewer.

Meanwhile, another upset viewer pointed out the idea of the perceived double standard the film displays in relation to handsome men being allowed to get away with such behaviors while others aren’t.

“The story of #365dni is completely stupid, the dialogues are insanely cringy, Massimo is a rapist and as charming as Harvey Weinstein and the worst thing is, that it still works bc he‘s 6’4, has abs, money and a beard and I dont fit any of these criteria. S--ts unfair,” the tweet reads.

“They were just having sex for a whole day and slept for one hour WHAT IS THIS MOVIE,” tweeted one viewer while besmirching the plot. “The way it puts fifty shades of grey to shame 356dni the whole plot is problematic af but it’s fantasy so everything is allowed. It’s not cute or romantic but fck.”

Netflix did not immediately respond to Fox News’ request for comment.