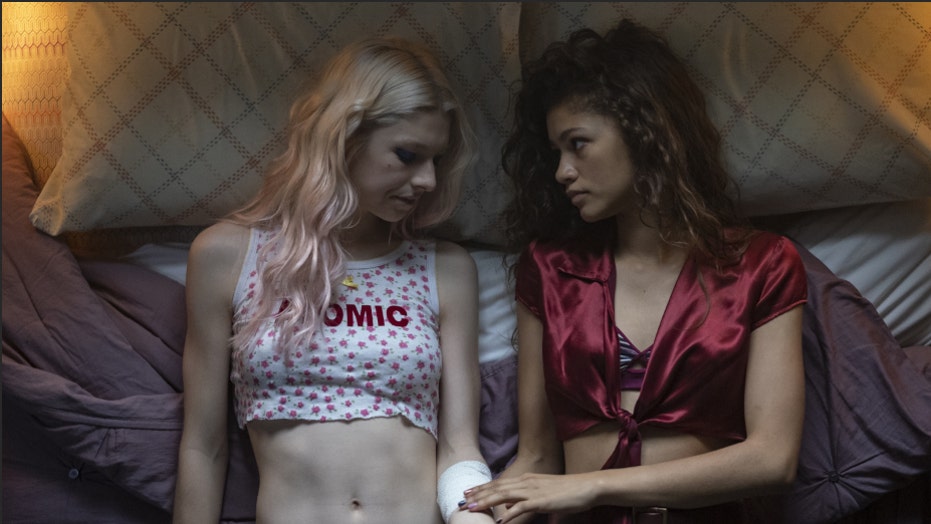 HBO is pushing sexual boundaries with its upcoming show, "Euphoria," to such an extent that one media watchdog group is calling for the network's parent company AT&T to pull the plug before it makes it into families' living rooms.

Created by Sam Levinson, son of Hollywood uber-director Barry Levinson, the drama series follows a group of high school students "as they navigate love and friendships in a world of drugs, sex, trauma, and social media,” per the show's official logline. But the series has come under harsh criticism by some, who find its content far too graphic and explicit for the teen audience it seeks to attract.

In one episode, per the Hollywood Reporter, "close to 30 penises flash onscreen" and in the premiere one character "commits statutory rape with a 17-year-old trans girl" and the show's lead, Zendaya, 22, overdoses on drugs.

In fact, the content is so disturbing that actor Brian "Astro" Bradley, 22, who shot scenes in the pilot episode, reportedly opted to quit the series.

Zendaya as her character Rue in the HBO series. (HBO )

Winter explained to Fox News that even though HBO has said this show was intended for adults, that concept "was entirely refuted by the showrunner because [Levinson] said that 'parents will freak over this show.' That is a demonstration of who he is targeting with this show. HBO is now internationally marketing this content to children."

HBO programming president Casey Bloys previously insisted, "[Euphoria's] not for everyone" — it'll inevitably get people talking" but "it's not sensational to be sensational" and supported Levinson's darker-themed approach to growing up a teen in 2019 because many the scenes are taken directly from his life.

"It may seem boundary-pushing, and the idea of putting them on TV may be, but somebody lived them," Bloys added.

Winter refutes the HBO exec's explanation, even though he says he's not watched the show (it has not yet aired).

He said to Fox News, "What HBO is doing with this show is taking the most extreme conduct that a teenager can experience and normalizing it. The content that children consume impacts their views and their behaviors. They are influenced — their conduct, values, and beliefs about society [are shaped] by what they consume in entertainment."

And Winter doesn't feel a mature rating or warning is enough to deter teens from watching the content. He implores HBO and it's larger company AT&T to stop airing it. "They have a responsibility," said Winter.

HBO did reportedly push back on two scenes: a graphic birth scene that featured a close-up of a vagina and a scene in the second episode which depicted dozens of naked boys. Bloys pointed out that HBO's parent company rarely interferes with the premium network's creative process.

"No one has come to us and said, 'Hey, tone this down,'" he admitted. "The only thing they've done is given us more money and said, 'Keep doing what you're doing.'"

The show, which is loosely based on the Israeli TV show of the same name, also stars Maude Apatow, the daughter of Judd Apatow and Leslie Mann, and is executive-produced by Drake and Future the Prince.