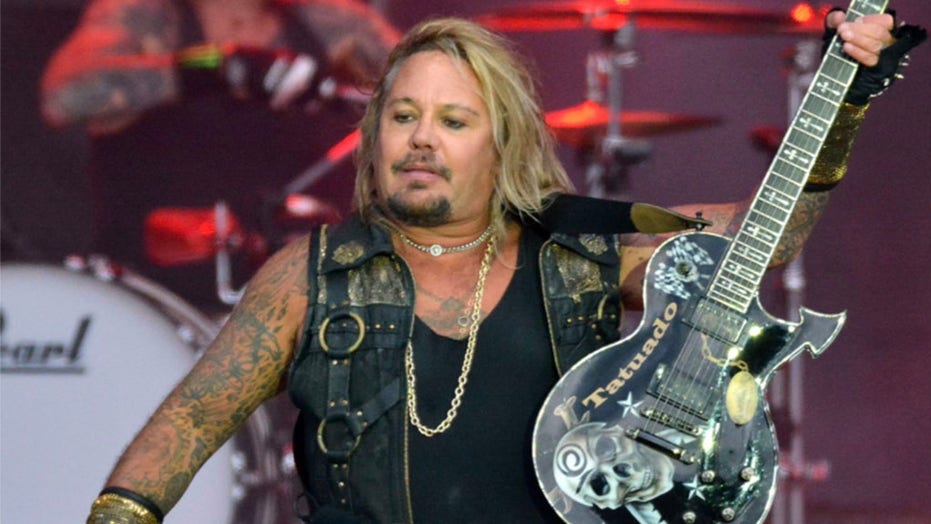 Motley Crue frontman Vince Neil’s 5-year-old pup was “brutally” stalked and killed by their neighbor’s dogs, according to his girlfriend.

The 10-pound Yorkshire terrier, named California Wolf, frequently appeared in Neil’s Instagram photos as well as those of his girlfriend, Rain Hannah, who announced the grisly death in a Father’s Day post.

“We have been mourning her and celebrating her life the last few days,” Hannah wrote. “We are beyond devastated from her passing.”

The couple used a separate Instagram just for photos California Wolf – in which she often appeared wearing bows or posing with other pets and even horses. In a post on that account, Neil and Hannah wrote that their security cameras had recorded the attack and accused their neighbors of lying about what happened.

"I'm going to miss this little one forever," Neil wrote in a post of his own. "Love you Cali."

“If you all can say a prayer for her,” she wrote. “We will always have her star spirit with us and cherish the unconditional love she gave us and shared with so many. Thank you all for loving her.”

Neil, known to be a dog lover, purchased a private jet back in 2010 just to travel back and forth from his homes in San Francisco and Los Vegas without having to crate his pets, ET Canada reported.

“Those are the kids, I mean, just because of them I had to buy a jet,” he said at the time, according to the entertainment site Blabbermouth. “I would have to charter planes for the dogs all the time, and it was getting so expensive that I realized it was cheaper to buy a plane than to keep chartering it.”

The original summer 2020 dates were pushed back due to the coronavirus pandemic. The concert series is simply called The Stadium Tour.

The band also saw an influx of new fans last year after it was the subject of a Netflix movie, “The Dirt.”