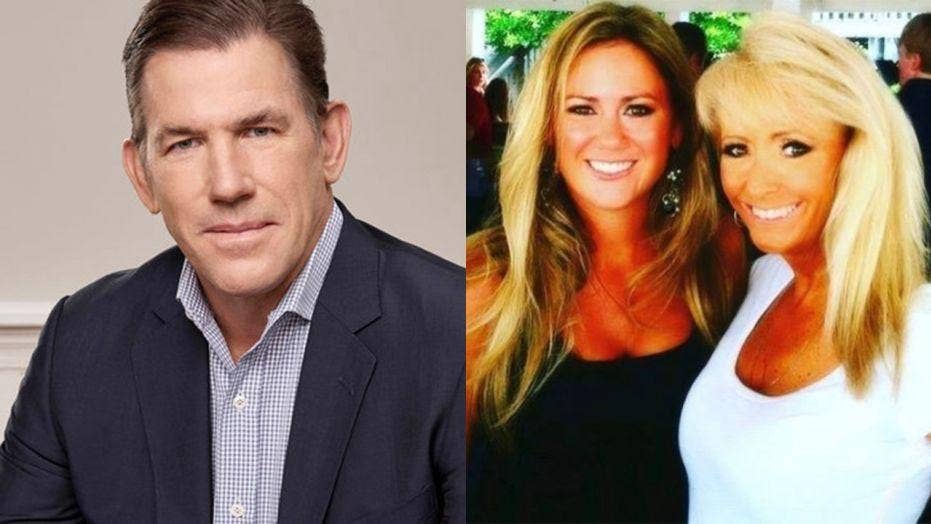 A model-turned-realtor has accused "Southern Charm" star Thomas Ravenel of sexually assaulting her mother while on a first date in 2015.

Ashley Perkins told Fox News her mother, Debbie Holloway Perkins, met Ravenel over Tinder in October 2015. She said after a few months of talking, Ravenel asked Debbie on a last-minute date on December 25, just over a month after Ravenel's now-former girlfriend gave birth to their son on November 10.

A rep for "Southern Charm" and Ravenel did not return Fox News' requests for comment.

She continued, "...She finally screamed at him, 'You're a rapist!' And apparently that was a trigger word for him because he jumped right off of her."

Ashley Perkins said she took these photos of her mother's wrists after Thomas Ravenel allegedly assaulted her. (Courtesy Ashley Perkins)

Ashley said she felt compelled to speak out after she realized she was not bound by the non-disclosure agreement her mother allegedly signed on June 1, 2016. She said she started sharing the story on social media three weeks ago, after seeing a commercial for Ravenel's Bravo show.

"I pushed her to take the pictures [of her wrists] as evidence," she said, adding that she and her mother had planned to go to the police but "as we started researching him, we realized he's a powerful man and we're just normal people, so my mom was afraid to go to the police."

Instead, Ashley and her mom contacted a lawyer they knew, who suggested they arrange for a settlement with Ravenel. Ashley said her mom later reached out to Gloria Allred, who agreed to take her case. Ravenel reportedly agreed to settle with Debbie for $200,000, according to Ashley, who said she was present during the mediation on June 1, 2016. Allred had no comment when reached by Fox News.

Ravenel has yet to publicly comment on Perkins' allegations. His current girlfriend, Ashley Jacobs, appeared on the Internet show "The Morning Toast" on Wednesday, and during the interview Perkins posted a comment asking her to address the alleged assault.

Jacobs remained mum during the interview but shared a photo of herself embracing Ravenel with the caption, "Do not judge my story by the chapter you walked in on" on Instagram.

Ravenel, the son of former South Carolina Congressman Arthur Ravenel, Jr., served as State Treasurer for South Carolina from Jan. 10, 2007 to July 24, 2007. He was suspended from his duties after he was sentenced to serve 10 months on federal cocaine distribution charges.