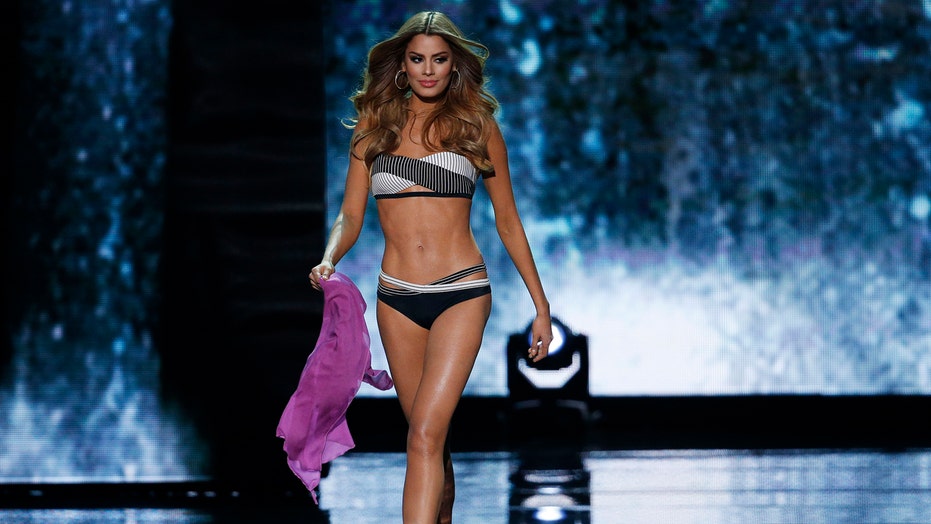 Miss Colombia: 'Your destiny is written for you'

Miss Colombia has opened up about the moment she was briefly crowned Miss Universe, saying it was “very humiliating.”

Ariadna Gutierrez told Colombia’s W radio that no one can take away the four minutes during which she wore the crown.

“It was very humiliating for me, but also for the whole country and for all the people not only from Colombia but the other Latinos that were in the auditorium,” the beauty queen said.

Gutierrez was accidentally named the winner in Las Vegas earlier this month after host Steve Harvey misread his cue cards.

She said the awkward moment was humbling for her and other Latinos watching the competition.

Gutiérrez added that the only thing that crossed her mind at the time was that Harvey was pulling a joke during the live TV broadcast.

She recalled thinking “this is going to be a joke, because in the rehearsals he used to play around with questions and I thought he was going to continue with that same tone to make people laugh.”

After speculation that the whole mistake was a rating and publicity stunt, Gutierrez said: “If that was the goal, they succeeded.”

While she had seen a letter from Vivid Entertainment on social media, she said: ”my parents would kill me.”

Since the TV bungle, Miss Colombia said she had received different career opportunities but she would be speaking to her agent and family first before making a decision.

Miss Colombia was blowing kisses when host Harvey awkwardly interrupted to say: “I have to apologize. The first runner up is Colombia.”

“Miss Universe 2015 is Philippines,” he added, with the Colombian contestant left like a deer in headlights and the actual winner, Wurtzbach, looking stunned.

Miss Colombia was then stripped of the crown, and was forced to look on as it went to Miss Philippines.

Since the incident, Wurtzbach has written an emotional note to Gutiérrez, and called on fans to stop spreading hate.

In a message posted on the Miss Universe Facebook page and her own Instagram account, Wurtzbach wrote to Gutiérrez, telling her they would be “bonded together forever” through the controversial end to this year’s Miss Universe pageant.

She described her as “strong and beautiful” and said that “fate has a plan for you”.
“To Ariadna, you are an amazing woman and we are now bonded together forever by a unique experience,” she posted.

“In the last three weeks we were together, I saw how strong and beautiful you are inside and out. You represented your country with honor and I know how proud everyone must be of you."
“Fate has a plan for you, and I’m excited to see what’s ahead.”