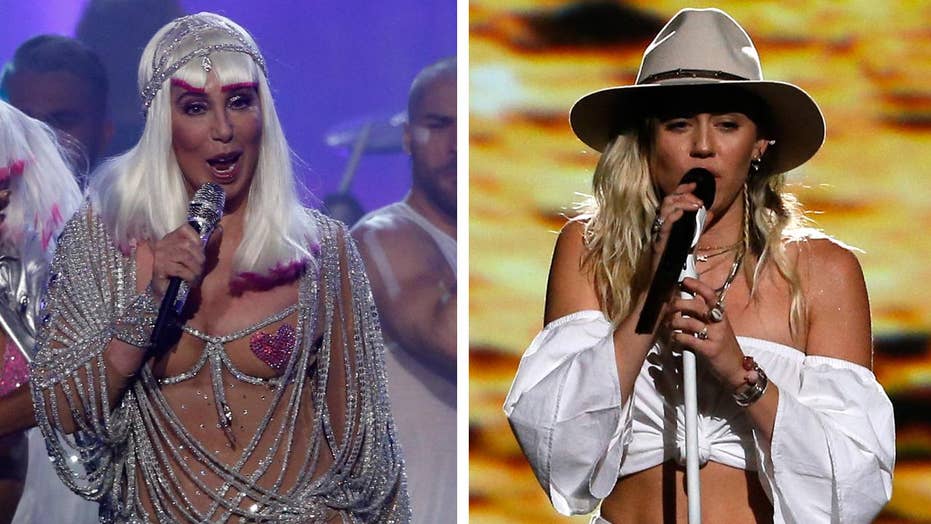 Drake may have won big, but Cher's barely there outfit and Miley's toned down antics were the big highlights from the 2017 Billboard Music Awards

Miley Cyrus promised she's toned down her shocking antics and the star stayed true to her promise at Sunday Night's Billboard Music Awards.

Even Cyrus' family noted the change in demeanor at this year's award show for the former Disney star when her sister Noah Cyrus introduced her "for the first time in years with pants on."

Once known for her shocking performances of twerking and dangling naked from a wrecking ball, the singer performed the slow-burning love song "Malibu," without much of her signature in-your-face sexiness.

She paired the breezy single with a muted performance with acoustic instruments and a simple white crop top and wide brimmed hat.

But the singer, who is engaged to Liam Hemsworth, couldn't hide her emotion by the end when she started crying.