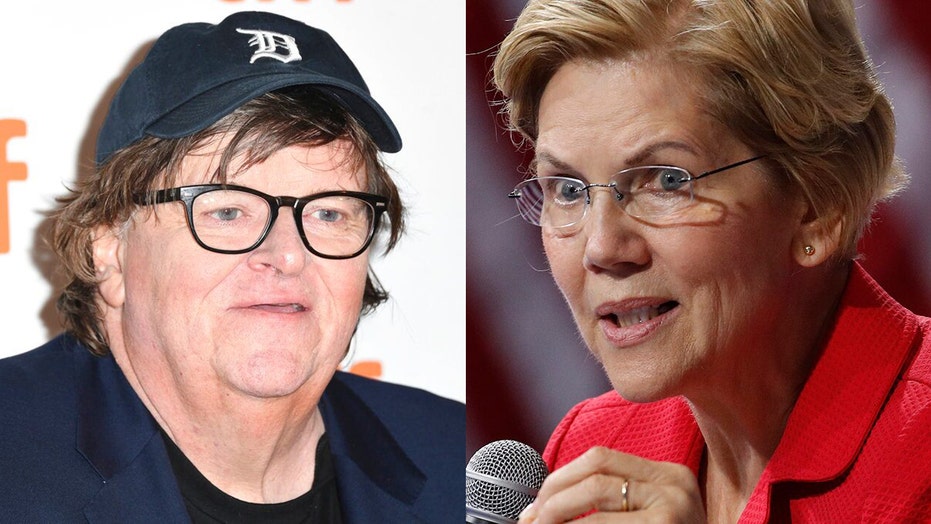 Michael Moore took a jab at Sen. Elizabeth Warren during the most recent Democratic presidential debate Tuesday for going too easy on big corporations.

The “Fahrenheit 9/11” filmmaker, 65, was tweeting during the event when something the 70-year-old presidential candidate said caught his attention. Warren explained that she has a plan to combat corporations only caring about their bottom line that she calls “accountable capitalism.”

In short, the plan calls on companies to be held accountable to their employees and their local communities rather than just shareholders. Moore, who has an estimated net worth of $50 million and who Business Insider previously reported has nine homes, is typically known for his left-leaning point of view. He took issue with Warren’s plan in that it doesn’t do enough to dismantle capitalism.

“Senator Warren (whom I love) just said she believes in ‘accountable capitalism,’” Moore tweeted Tuesday. “There is no such thing. The only thing capitalism is accountable to is weath [sic] and more wealth for the wealthy. It’s only mission is to economically enslave the citizenry so the rich can get richer.”

“Joe Biden, Amy K and Pete B just boosted the Republican chances of winning in November 2020 by their passionate defense of the for-profit, capitalist-greed health ‘care’ system,” he tweeted.

The only one that appeared safe from Moore’s taunts was Sen. Bernie Sanders.

Sanders returned to the campaign trail after suffering a heart attack earlier this month. The 78-year-old was asked at the debate how he could “reassure” Americans that he was up for the task.

“We are going to be mounting a vigorous campaign all over this country. That is how I’m going to reassure the American people,” Sanders said while thanking voters, friends and fellow Democratic primary candidates for their support. “I’m so happy to be back here with you this evening.”