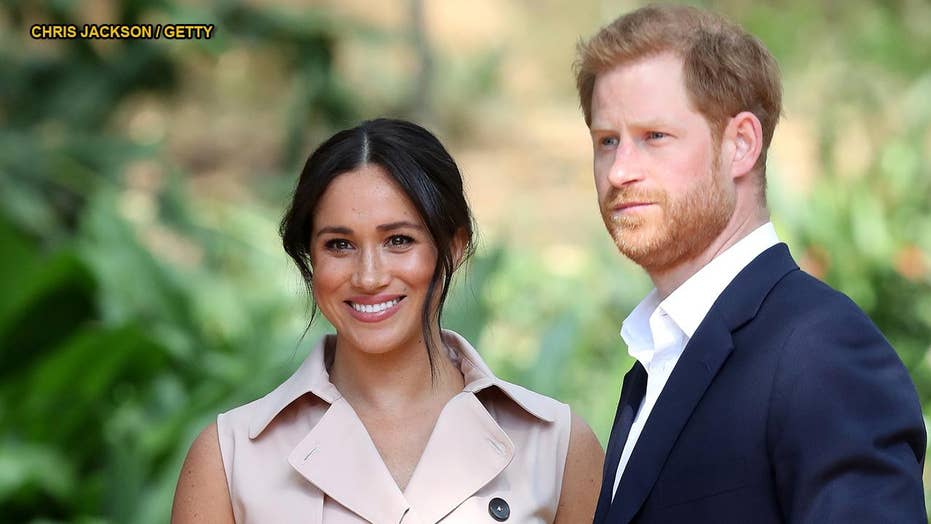 On May 19, 2018, Meghan Markle’s life forever changed when she married Britain’s Prince Harry and became the Duchess of Sussex.

But the former American actress didn’t exactly get a fairytale after saying “I do.”

After ruthless tabloid scrutiny, public family drama and lingering rumors of royal rifts, the 38-year-old and her husband, 35, stunned the world on Jan. 8 of this year when the couple announced they were "stepping back" as senior members of “The Firm.”

Currently, the pair are residing in the “Suits” star’s native Los Angeles with their son Archie, 1.

And as the couple celebrates their second wedding anniversary, experts believe one thing is certain -- their new life in America is a positive move for two royals who aren’t afraid to challenge tradition.

“At some point, they will put down roots, but being in quarantine does put a damper on the plans they may have been ready to announce regarding their new nonprofit, Archewell and other [projects],” royal historian and blogger Marlene Koenig told Fox News.

“Within the limitations of the pandemic, they have continued to keep in touch with their patronages as well do a bit of volunteer work in Los Angeles,” she continued. “For Harry, this is a new world. Yes, they have security, but the trappings of royal life were left in the U.K. so for Harry, now sheltered in a very nice house, will soon — once quarantine is lifted – find a whole world outside the front door.”

“They appear to be thriving, but I also suspect that they are chafing at the bit, and want to get started on whatever projects they are considering,” added Koenig.

Royal author Leslie Carroll, who detailed the couple’s courtship in her book “American Princess: The Love Story of Meghan Markle and Prince Harry,” told Fox News she suspects their relationship will only flourish in America, a place far away from British tabloids that provides them the freedom to pursue life on their terms.

“Harry and Meghan are a perfect match,” she explained. “Both attended progressive private schools. Both were raised by warm, compassionate, affectionate mothers who deeply felt that it was imperative to teach their children that some people may have less than you do -- but they are not less than you are. Both Doria [Ragland] and [Princess] Diana took their children to food kitchens and homeless shelters so their offspring could put a face to the hungry and needy -- to understand they were people, not numbers. Both Meghan and Harry learned before they were teenagers to give back: generously, freely, openly.”

When Markle became engaged to Harry, the TV star seemed to charm everyone she met. She and Harry toured Britain to adoring crowds and the press praised her as a welcoming breath of fresh air. But soon after, Markle learned that life in the royal fishbowl was far from glamorous.

Markle’s strained relationship with her father, former Hollywood lighting director Thomas Markle, played out in the nation’s tabloids. She was also faced with allegations of allegedly feuding with Harry’s sister-in-law, Duchess of Cambridge Kate Middleton. Then there was Samantha Markle, her estranged half-sister who has openly criticized her. A royal feud between Harry and older brother Prince William became the talk of the town.

MEGHAN MARKLE WILL 'CARVE OUT A WORK-LIFE BALANCE' THAT INCLUDES A LOT OF TIME WITH ARCHIE, ROYAL EXPERT SAYS

Throughout the marriage, Markle was criticized for everything from eating avocados to cradling her baby bump when she was pregnant with Archie. When the couple finally announced they yearned for financial and perhaps personal independence, Queen Elizabeth II reluctantly agreed to let them become semi-detached royals to avoid a family split.

“Everything they do, they do together,” said Carroll. “They always have each other’s backs, literally. Meghan was called out by the British press for often placing her hand on Harry’s back during royal walkabouts during their early appearances as a couple. She knew he disliked these appearances. Her gesture was one of reassurance. She was right there for him… and yet, she was vilified in the tabloids for being a handsy American, ignorant of royal protocol. [But] Meghan ‘gets’ her man. She understands Harry’s trauma with regard to the press and paparazzi.”

JENNIFER GARNER PENS SWEET NOTE TO MEGHAN MARKLE AND PRINCE HARRY, THANKS THEM FOR SHARING ARCHIE

AUTHOR EMILY GIFFIN APOLOGIZES FOR MEGHAN MARKLE COMMENTS: 'I AM TRULY SORRY FOR THAT NEGATIVE IMPACT'

While America will provide a fresh start for Markle and Harry, Carroll warned that the pair will be faced with new challenges.

“As much as Harry has always enjoyed America as a visitor, it will be a challenge for him to live in the states permanently if that becomes the Sussexes’ decision,” she explained. “It’s still early days; so we’ll see how things eventually end up. Challenges facing the couple will be Harry’s inevitable homesicknesses for his family back in the U.K., and the equally inevitable issues of finances and taxes. No couple, whoever they are, likes those discussions! But what Meghan and Harry seem to have going for them is a healthy ability to communicate, which experts say is the most important thing for a healthy marriage.”

Still, Carroll believes the couple will finally have a “happily ever after” as they embark on a new life in the states and pursue the roles they are truly passionate about.

“Apart from, or in addition to, the obvious mutual physical attraction, they want the same things -- to make the world a better place for humanity, especially women and children,” she said. “They want to be able to use their voices and the platform that their place in society afforded them, to amplify their message and enlarge their visions… As a boy, Harry had been unable to protect [his mother from the tabloids]. This time, the prince vowed not to permit history to repeat itself… he has kept his word.”