Jack Quaid spoke about growing up with his famous parents, Dennis Quaid and Meg Ryan, during the Amazon Prime Video "The Boys" panel at the Winter Television Critics Association Press Tour on Wednesday, Feb. 13, 2019, in Pasadena, Calif. (Chris Pizzello/Invasion/AP)

PASADENA – Jack Quaid may be the son of Hollywood A-listers Meg Ryan and Dennis Quaid, but the actor didn't realize just how famous his parents were until they called it quits on their marriage.

"It didn't really hit me to be honest until they got divorced and I saw like a People magazine [cover] like the two of them with the ripped graphic in between," the 26-year-old star told reporters during the Amazon portion of the Television Critics Association Winter Press Tour in Los Angeles on Wednesday.

"I was like, 'Oh! Okay. So everyone knows,'" Jack continued, noting that growing up he always had an idea of his parents' star statuses.

Fast-forward to today, Jack has followed in his parents acting footsteps and is set to star in Amazon's sci-fi action series, "The Boys," for his latest project. Asked if Ryan, 57, or Quaid, 64, ever gave him industry advice, Jack insists they never really did.

"I don't think they ever gave me advice in terms of like, 'Here's what you do when you have this scene,'" Jack admitted. "I came to the conclusion on my own because I did 'A Midsummer Night's Dream' when I was in middle school. I was [Nick] Bottom, and I got my first laugh on stage, and I was like: 'That's it! Forever. This is it. I love this.'"

"So after that, I tried to pursue it as much as I could on my own," he continued. "But what was so great about growing up with them is that they would prove that it was possible, you know? Like these are two people who I love and respect so much who are doing this thing and getting paid for it, and basically just getting paid for doing what they love." 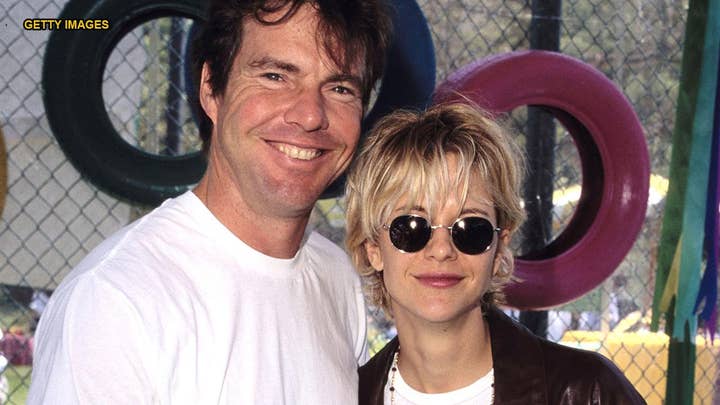 As a result, watching the success of his parents careers over the years helped solidify Jack's desire to act.

"So I was like, 'OK it is possible.' I didn't grow up in a family that said to me, 'Oh you want to be an actor? Well, that's impossible,'" he explained. "I'm eternally grateful for their support and just being an example."

"The Boys" is set to air this year on Amazon.