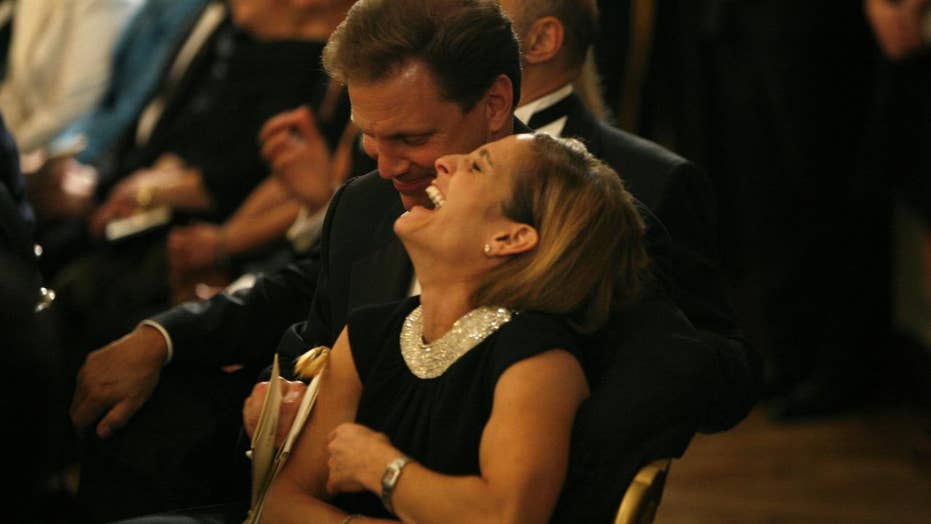 Mary Lou Retton reveals she got divorced on 'DWTS'

Gold medal winning gymnast, Mary Lou Retton, announced in a rehearsal segment for 'DWTS' that she divorced her husband of 27 years in February.

“I’m on a really good path, and I’m happy with my life,” Retton, 50, told People. “I’m really excited for what this new chapter is going to bring instead of being that scared person that I was a couple of months ago. I really have done a full turnaround.”

As previously reported, Retton revealed that she’s been divorced from her husband, retired football player Shannon Kelley, since February. She revealed the news during an episode of ABC’s “Dancing With the Stars.”

"I went through a divorce. People don't know that. It's the first time I've actually said it publicly," she told her partner, Sasha Farber during a rehearsal segment. “We still love one another, but we weren’t good together anymore.”

The Olympian described how her daughters, Shayla, 24, McKenna, 21, Skyla, 18 and Emma, 16, were instrumental in helping her get over the breakup and adjust to a new way of life.

“My daughters were amazing,” she said. “There’s that fine line between a daughter and a friend, so there’s a lot that I couldn’t share with them. They were angry in the beginning, and any child should be with their family being torn apart — but we’ve vowed that we would do holidays together and we’re going to try to make it as seamless and as painless as possible.”

She continued: “I don’t think they were surprised. We were arguing towards the end a lot, but I think that they were shocked that it actually happened.”

She admitted that, although it’s a sad situation, she’s been encouraged by the number of people reaching out to say they sympathize and have been where she is since revealing the big news on “DWTS.” Currently, she’s taking time to rest at her home in Texas after putting her body through the wringer on the hit competition show.