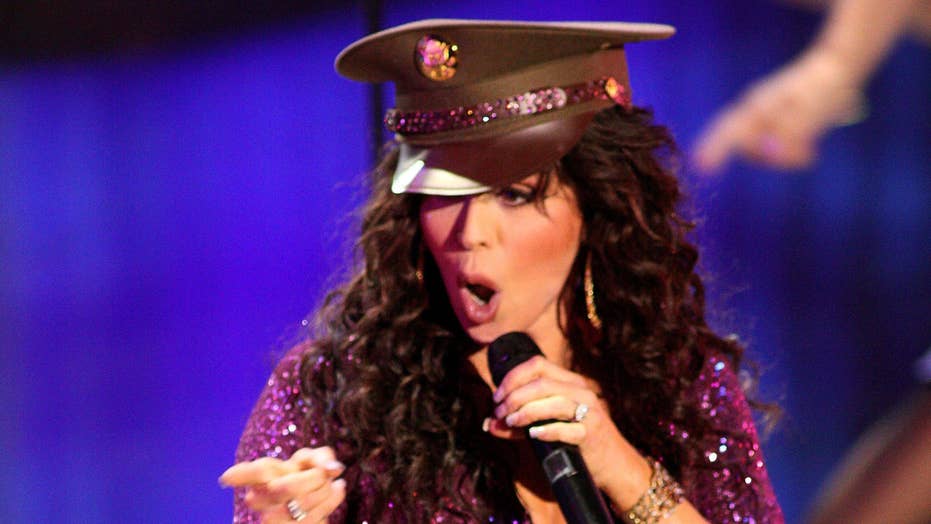 Fox411: Marie Osmond opens up about her divorce, fat-shaming and her son's suicide

Marie Osmond may have enjoyed a lasting music career, but she didn’t always feel confident about herself.

“When I was 15, a producer told me I was an embarrassment to my family and that I needed to keep food out of my fat face; that 260 people could lose their jobs because I was getting fat and ugly,” the 57-year-old revealed during a recent appearance during “Conversations With Norm Q&A” with columnist Norm Clarke in Las Vegas.

“I was working 18-hour days six or seven days a week, and when I wasn’t doing shows, I was in the recording studio,” she added. “My life was pretty much mapped out for me 24/7.”

Despite her blossoming career, Osmond was troubled by her personal life. At age 25, she divorced her first husband and found herself struggling as a single parent.

“I had a child, I was a single mother, and I didn’t know if I could feed [my son] or pay my rent,” she said. “I realized I was now emotionally damaged enough to genuinely sing country music!”

But Osmond’s woes didn’t end there. In 2011, her son Michael committed suicide at age 18 after a lifelong battle with depression.

“If I didn’t have my faith in God, I don’t know how I could survive,” she told ET in 2014. “There’s not a day that goes by where you know, people say, ‘Does it get easier?’ No. Does God give you respite? Absolutely… it’s a month of great reflection, love. He’s still a very big part of my family.”

The mother of eight admitted there were times when she didn’t have a will to live.

“Five times I almost drove my car off a cliff because I truly believed everyone would be better off without me, [but] I’m a fighter,” she said. “[I’m] in a good place now… [being a mother] is the greatest job I’ve had. I’m so proud of my children. I’m so in love with them all.”

Osmond continues to find solace in music and performing for her fans, which is why she has zero plans to slow down anytime soon.

“[I’ll stop working] when I die!” she said. “In 50 years, people aren’t going to know who I am, but my children will and my grandchildren will, and that’s what’s important."