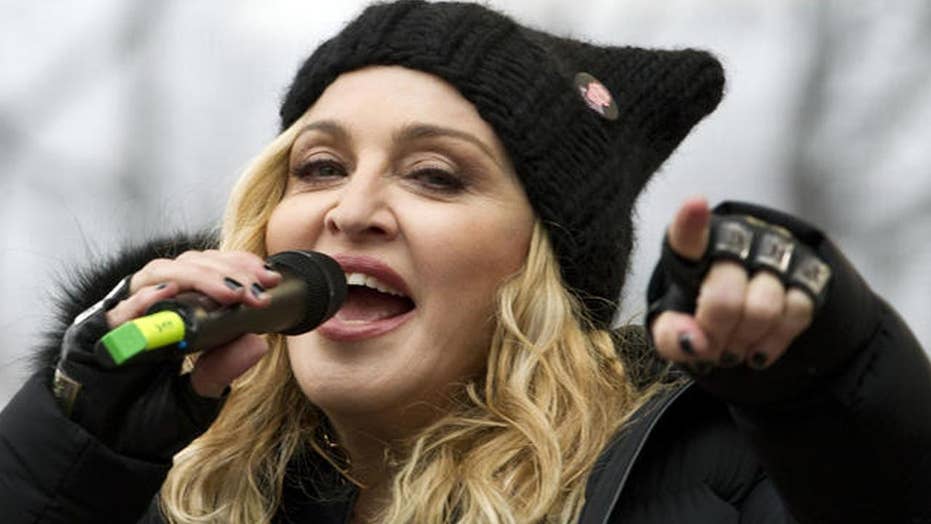 Madonna stops an impending auction of personal items that include a hairbrush, photos, underwear, and a love letter from rapper Tupac Shakur.

Madonna gave partygoers more than they anticipated on New Year's Eve when she debuted a curvier backside, prompting fans to wonder if the pop queen had gotten injections or implants.

The 60-year-old singer popped up at the Stonewall Inn, an iconic gay club in Greenwich Village, Manhattan, on Monday night. There, she performed “Like a Prayer” and the classic Elvis Presley hit “Can’t Help Falling in Love,” with her 13-year-old son strumming the guitar.

Madonna’s curvy rump sent the Internet into a frenzy, causing social media users to give their impressions of the “Material Girl” vocalist’s backside.

“Whoever did that fake booty on Madonna was dead a-- wrong for that,” wrote comedian Karlous Miller on Twitter, while another user echoed his sentiments, writing, “Madonna what the hell…”

Madonna has been named the “Stonewall Ambassador” for a memorial tribute, slated to take place during NYC Pride in June. The Stonewall Inn is revered as the epicenter for the 1969 Stonewall riots — a series of protests by members of the LGBT community in response to an NYPD raid on the establishment.

A rep for Madonna did not immediately respond to Fox News’ request for comment.