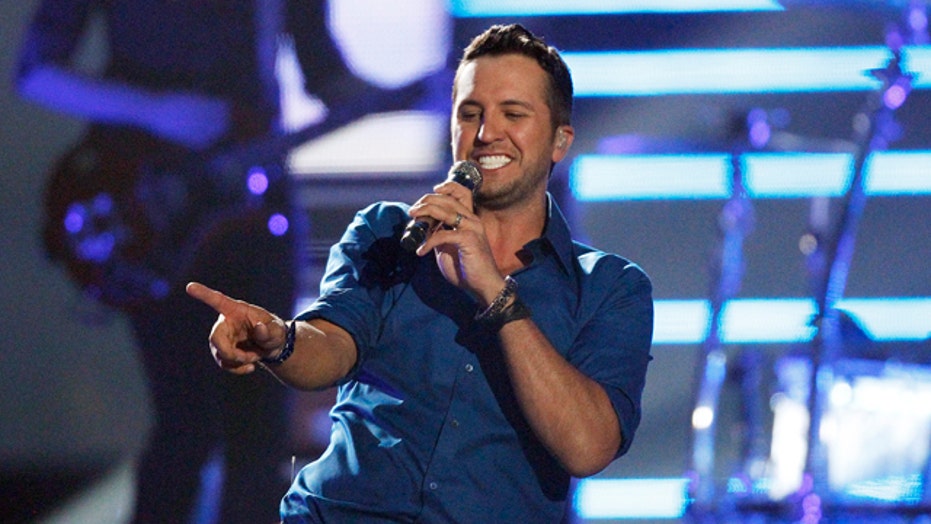 Luke Bryan had to make a trip to the hospital on Sunday for surgery to repair his broken clavicle after a biking accident last week. He let fans that he is doing okay with a photo of his now-mended clavicle after getting treatment.

“All good. Got me some metal,” he writes beside an x-ray of his bones:

All good. Got me some metal. pic.twitter.com/ZjQ5Q2mWK3

Bryan fell while riding a bike near the grounds of Maple Lane Farms in Tennessee on Thursday, just hours before his first "Farm Tour" concert was due to kick off. The singer was treated at Blount Memorial Hospital and returned to perform the show as planned, with his arm in a sling.

Bryan’s injuries were worse than he originally thought, including a massive black and blue bruise on his hip. Of course, he shared a picture of that with fans, too:

Landed on my hip too. Damn pic.twitter.com/y3zX3nxioE

Despite his fall, Bryan powered through a high energy set on Thursday and another on Friday. The originally-scheduled first date of his 2016 Farm Tour, set for Oct. 5 at Culler Farms in Gaston, S.C., was postponed due to evacuation orders in the area following Hurricane Matthew.

While Bryan looked less than enthused to undergo surgery, the remaining dates of his "Farm Tour" will go as planned. The singer’s tour kicks back up on Wednesday in Batesville, Miss.