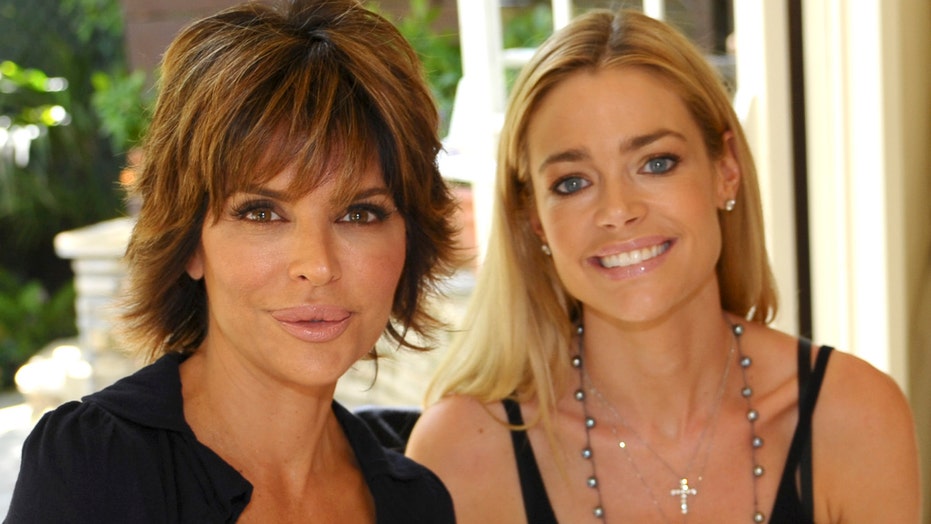 Lisa Rinna wants the world to know she's not stressed over her ongoing feud with her Bravo co-star Denise Richards.

Speculation of a bitter debate between "The Real Housewives of Beverly Hills" co-stars erupted last week after Rinna boldly called out Charlie Sheen's ex-wife for skipping a filming event at Dorit Kemsley's house.

The online chatter grew into a more heated debate, according to Us Weekly. Sources told the magazine that Rinna and Richards, 48, are "headed toward a showdown on camera." The insider added that the tension is a result of Rinna's "constant meddling and passive aggressive behavior."

On Friday, Rinna added fuel to the fire by posting a completely nude Instagram photo of herself lying on a bed. She captioned the photo, "I'm about to be exposed....," which directly referred to Us Weekly's reporting from a source claiming Rinna would be "exposed" and "held accountable" by Richards.

"RHOBH" star Camille Grammer called out Rinna for throwing Richards "under the bus." Grammer also claimed that Richards has "not quit" the reality show despite speculation.

DENISE RICHARDS THANKS FANS FOR SPOTTING MEDICAL ISSUE DURING 'RHOBH' REUNION: ‘I IGNORED UNTIL POINTED OUT’

"How about calling her to see how she's Doing and stop tweeting about it," Grammer advised Rinna.

Rinna's questioning about Richards' absence came around the same time Sheen's ex opened up about a health scare she endured earlier this year.

"My hubby posted this & I need to actually thank him for taking such great care of me. This was a couple months ago & turned out to be a good lesson for me to always listen to my body. Being a mom, wife, & having a career sometimes it's easier to just be strong and power through, I thought the pain & my other symptoms would just go away," Richards wrote.

"They did not and got a lot worse. I'm so grateful to @herniadoc & her fabulous team. I thought I had one femoral hernia, I actually had 2 femoral & 2 inguinal. And I waited way too long & didn't even tell my husband how bad I was feeling (I know it was stupid)...gotta always listen to our bodies & Take care of ourselves."

Richards confirmed to fans following the feud that she will be featured on season 10 of the hit Bravo series. She joined the cast in 2018 while Rinna has been filming since the Bravo show's fifth season.