Appearing on "Fox & Friends" with hosts Steve Doocy, Ainsley Earhardt and Brian Kilmeade, Jones said that he has been around music and preaching his entire life, but he had never seen so many kids "dragging their parents to church."

"I mean, can you just imagine that?" he asked incredulously.

JONATHAN MORRIS: I WENT TO KANYE WEST'S SUNDAY SERVICE -- HERE'S WHAT I SAW AND HEARD 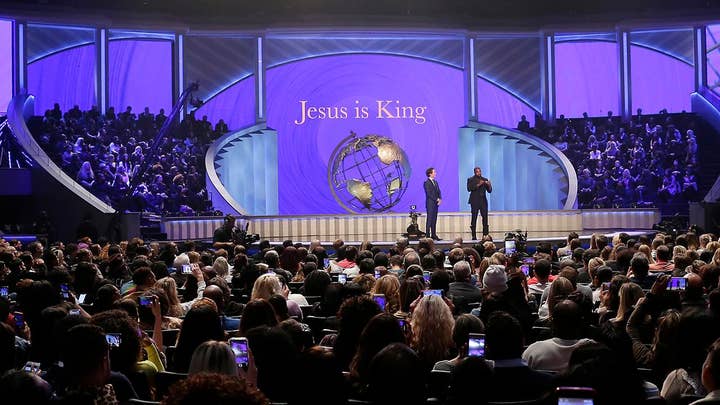 West has been traveling around the U.S. holding his “Sunday Service” concerts since January, including at the Coachella festival, at an outdoor shopping center in Salt Lake City and at an Atlanta-area megachurch.

Last month, he released  "Jesus Is King," a Gospel-themed album that’s been described as Christian rap.

In an interview backstage with Jones, he said that he felt like his recent turn to gospel music has provided him with a secure mind and spirit.

"Because, the main thing that people try to do is use comments, naysayers, to throw you off your course and distract you. And, we're keeping our eye on Christ at all times. It's always in service. And that removes the fear," West explained. 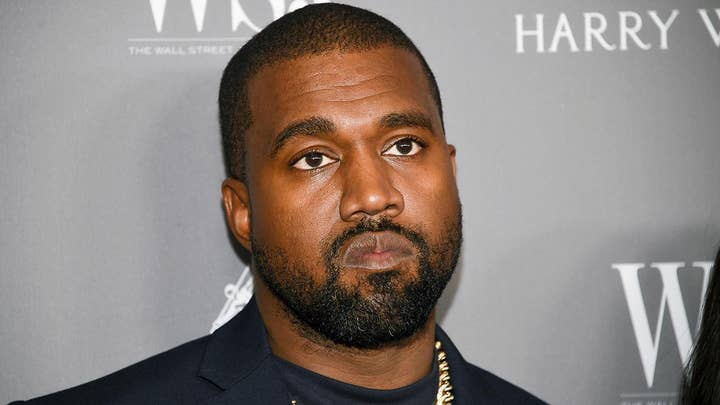 He said that he feels "liberated in service" in this work and is grateful for everything that God has given him.

"Praise God for the anointing and talent and what he's given me since age 5 — me pursuing the arts, going to art school, or even the scholarship he gave me from the Art Institute of Chicago," he told Jones. "All of these things he gave me: these platforms at the Grammy's, through the visual arts, through space, through live performances — now I can be in service to him."

Jones told the "Friends" hosts that Kanye is a vessel for God.

"God uses vessels and Kanye was a vessel. ... I think it's a powerful message," Jones concluded.