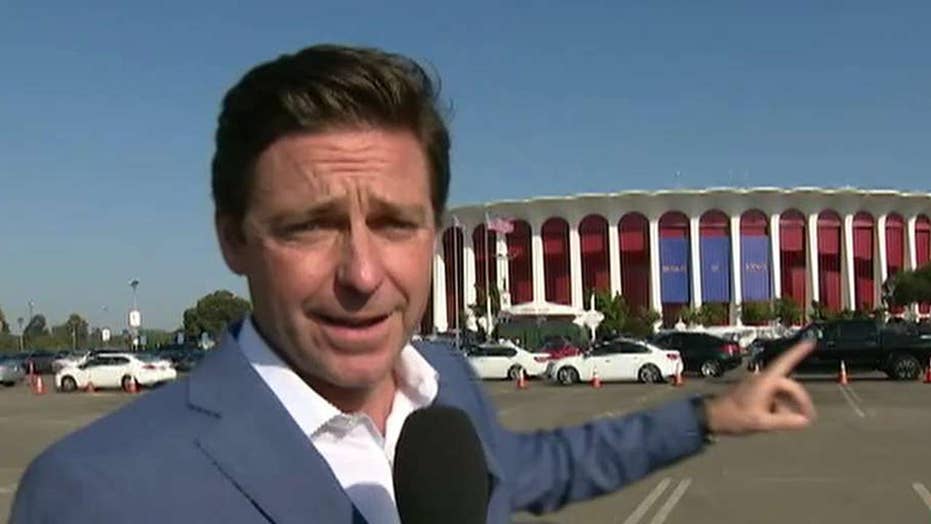 Had I been told a year ago that I would be going to church this past week with hip-hop artist Kanye West, I would have been incredulous, to say the least.

Then again, rapper and once bad boy West, would have been even more surprised if he had been told that he would be organizing weekly church services.

He says someone did tell him. It was in a hospital room in France, not much more than a year ago, where West was overcome with what he says was a divine call to start a church.

He had checked himself into that hospital as a result of physical and emotional exhaustion. His wife, Kim Kardashian, had just been violently robbed in Paris and one of the largest business deals of his life had just fallen apart. This global celebrity who apparently had it all—fame, fortune, talent, beauty—was at a breaking point.

From that hospital room, West emerged with a conviction that God was calling him to start a church. His aides explained to him that this was not possible because he wasn’t a pastor.

West felt differently. He was convinced that the idea his aides were calling impossible, had, in fact, come from God. He pressed on, adjusting his original understanding of building a church to the more informal, hybrid gathering he has now pitched as a “Sunday Service Experience,” with guest preachers and much more.

Fox News sent me to Los Angeles this past weekend to experience and then report on what has become a high-impact religious phenomenon.

Here’s how West’s “Sunday Service” works: With only a few days’ notice, a venue and time is announced by West’s team. The service usually takes place in Los Angeles at “The Forum” but West has also taken the show on the road.

And what a show it is: one part hip-hop concert, two parts Gospel choir bonanza, one part West being West and three parts Billy Graham-style revival, complete with the preaching of the Gospel message of salvation and an altar call to accept Jesus into your life.

Tickets sell for about $20 and proceeds reportedly go to charities of West’s choice. This past week, the venue was sold out with 17,100 people in attendance. The congregants were as diverse ethnically as they were religiously.

The average age must have been under thirty-five. The music, dancing and preaching were choreographed perfectly, with West in full producer mode, calling audibles to his many assistants throughout the two and a half-hour service.

This Kanye West Sunday Service couldn’t have been more different than what I was used to as a priest living near the Vatican for nine years, or even than the early morning mass I attended earlier that day just a few miles from The Forum.

While I won’t be exchanging my Catholic faith for West’s experiment, I left Los Angeles with these takeaways:

— Based on the many interviews I did with congregants, before and after the event, I believe these Sunday services will serve to bring young people to an encounter with God.

— These Sunday Services by West will not be a long term substitute for ancient liturgy and other ecclesial traditions, but they may serve as a providential spiritual catalyst for the more than 25 percent of Americans who say they are unaffiliated with any religion.

— Kanye deserves immense credit for being fearless in the face of massive criticism from the entertainment world and others for doing what he is doing.  He says and does what he believes even when this goes against the liberal beliefs of most people in his world.

Jonathan Morris is a Fox News contributor, New York Times best-selling author and founding-partner of Morris and Larson Advisors, a boutique executive coaching and leadership development firm. He joined Fox News Channel (FNC) as a contributor in May 2005, giving analysis and commentary on social, religious, and political issues.