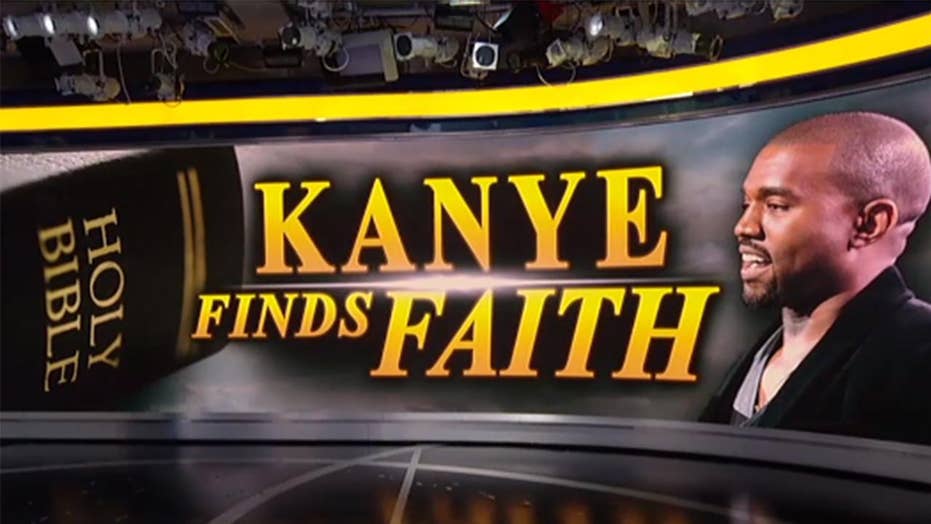 Jonathan Morris, Theologian and Ethicist, reveals what he learned about Kanye's influence

On Sunday, musician – and self-described born-again Christian – Kanye West will take the stage at Lakewood Church, Joel Osteen’s megachurch in Houston. According to news reports, he will appear with Osteen in the morning and will perform with his traveling choir on Sunday evening at the church.

West is arguably the most significant hip-hop artist of our day and has made headlines recently because of his profession of faith in Jesus Christ. Fellow artists Nicki Minaj and Chance have noted the seriousness of his newly-found faith and the change in his demeanor.

West, who once released a song titled, “I Am a God,” now holds concerts that are gospel-themed and recently released an album entitled “Jesus is King.” The new album reveals a straightforward faith and proclaims the freedom that can be found in Christ.

Criticism of West’s conversion story abounds, with news outlets and opinion pieces expressing skepticism, claiming that he is under captivity to white evangelicals, and even accusing him of being a charlatan.

But I think we should take him at his word. Rather than assuming he’s a fraud, we can view him as being similar to the tax collector Jesus befriended and who became a genuine follower of Jesus. We are all tax collectors in that we are all sinners in need of what Jesus offers: forgiveness.

We should pray for West and that he will grow in his faith. And, as celebrity Chris Pratt recently noted, we should pray for celebrities such as Kanye who must live their lives under an enormous spotlight.

So, what should West do when he takes the stage at Osteen’s church on Sunday?

He should do what many preachers never get around to doing: preach the Gospel.

What is the Gospel?

The Christian Gospel is the announcement that 2,000 years ago, Jesus of Nazareth was crucified. Powerful members of the religious, political, and military communities colluded to strip him naked, mock him publicly, and crucify him. And it is the announcement that, even while powerful men were conspiring to kill the Son of God, God himself was acting to save the world from itself, once and for all.

But what does Jesus’ crucifixion have to do with him saving the world? The answer to this question can be summarized in three truths:

On the cross, Jesus suffered so that we could be delivered from suffering.

Unlike other religions, Christianity teaches that all of us are born with a tendency to sin. Like Adam and Eve, we refuse to recognize God as God and we break his law repeatedly. Because God is the universal King and ultimate law-giver, our sins are mutinous; they represent an attempt to steal His kingship and replace His laws. For that reason, each of us deserves death as the penalty for our law-breaking.

Yet the Bible also teaches that God loves us and does not want us to suffer the penalty of our sins. For that reason, He took on a human body and came to Earth as Jesus. When He did that, he “traded places” with us.

He lived the sinless life that we should have lived, and died the death that we deserve to die. He took our guilty record, died for it, and offers us His perfect record in return. That is why the apostle Paul declared that “there is therefore now no condemnation for those who are in Christ Jesus” (Rom 8:1).

Through the cross, we can be reconciled to God and each other.

Because of our sins, we alienate ourselves from God and others, but Jesus saves us from our sins in order to mend those relationships (Col 1:19-20). In fact, Jesus’ reconciling powers will cause all relational barriers to be torn down, including the barriers of ethnicity and nationality (Rev 5:9-10).

Because of the cross and resurrection, we have hope for the future.

The Bible connects Jesus’ crucifixion with His resurrection. After Jesus suffered on the cross, He was buried, but on the third day He rose from the grave! When He rose from the dead, He not only confirmed His divinity but declared that He would return one day to make things right. He will return to disestablish evil, sin, and death from their artificial throne, and establish Himself as the true King over a kingdom characterized by justice, peace and love (Rev 21-22).

For these reasons, West should take the stage at Lakewood Church and invite every person who will listen to embrace Jesus as the King and Savior that He is. There is no sinner too bad for Him to save (1 Tim 1:15).