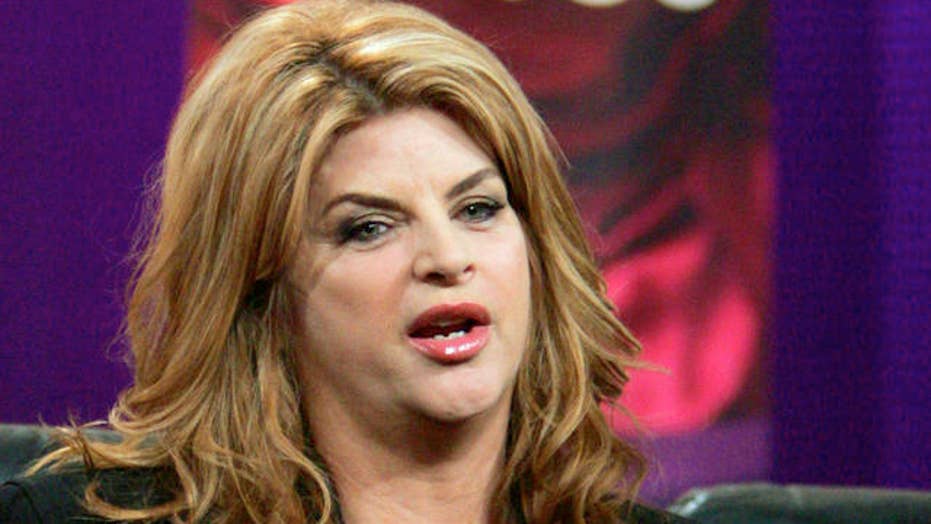 “Cheers” actress Kirstie Alley got into a heated political exchange about wealth in America with a former Democratic adviser on Twitter.

Alley, 68, responded to Peter Daou, who has worked with top Democrats including Hillary Clinton John Kerry, and most recently, Bernie Sanders, after he posted a tweet questioning why any one person should ever have $1 billion in personal wealth.

“Because they created something so f---ing marvelous that the whole world wanted it!” Alley fired back.

Daou eventually responded to the celebrity by mocking her point of view and arguing that billionaires rarely come into wealth due to hard work.

“So all the world's billionaires just made wonderful things, they didn't gain any advantage from a system geared to squeeze the last drop of blood out of working people, they weren't helped with obscene tax breaks,” he wrote. “it was just their wonderful gift?”

Undeterred, Alley sent a second tweet clapping back at Daou and accusing him of posing a rhetorical question just to make himself seem smart.

“You asked for ONE good reason a single person should have a billion dollars,” she responded. “I gave you ONE. There are several more. You didn’t ask for a debate or a thesis. Your request must have been rhetorical so you could demonstrate your brightness.”

She followed up her response with a third and final tweet admonishing the growing tide of democratic socialism that’s growing in America.

“PS all you Socialists can ‘school’ me till your heads fall off.. I will never NEVER be agreeable to a Socialist government ..and your renaming it ‘democratic socialist’ is as a dumb as ‘gentle nazi’...so save your ink and move along,” she wrote.

Daou’s initial tweet about billionaires was part of a larger thread that bashed “rightwingers” that will defend the wealthy in America.

“Welcome to all the rightwingers defending billionaires because you think they care about you,” he said. “Hint: They don't.”

In a third tweet, he added: “THE RIGHTWING VIEW:

"‘Redistributing wealth down to working people is an assault on liberty, entrepreneurship, and hard work.’

"‘Redistributing wealth up to billionaires is FREEDOM!!’

In other words: Rightwingers are fine with working people paying for billionaires' tax cuts.”