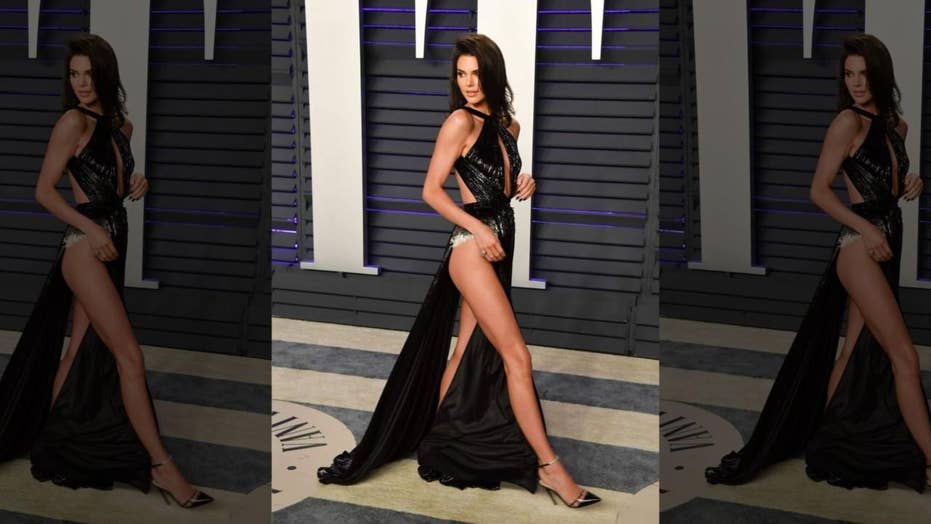 Kendall Jenner left little to the imagination while wearing a jaw-dropping dress to an after party following the 91st Academy Awards on Sunday night.

Kendall Jenner left little to the imagination while wearing a jaw-dropping dress to an after-party following the 91st Academy Awards on Sunday night.

The sleeveless black gown featured two panels hanging down from the front and back, showing her legs from the hips. Jenner, 23, sported the outfit to a Vanity Fair Oscar party at the Wallis Annenberg Center in Beverly Hills.

Jenner’s sister, Kim Kardashian, wore an equally shocking dress earlier this month to the Hollywood Beauty Awards that featured a thigh-high slit. Jenner was named the highest-paid model of 2018 for the second year in a row, according to Forbes.

Billy Porter arrives at the Oscars on Sunday, Feb. 24, 2019, at the Dolby Theatre in Los Angeles. (Photo by Jordan Strauss/Invision/AP)

Her outfit wasn't the only one to turn heads.

Billy Porter surprised everyone on the red carpet with his custom-made Christian Siriano tuxedo gown. The outfit became a top trend on Twitter and Google Sunday night.

All eyes were also on Charlize Theron's new dark brown hair, a major switch from her signature blonde look. The actress has gone brunette in the past, but not in the past decade.

Other winners included Spike Lee for best adapted screenplay for "BlacKKKlansman" and a best cinematography award for Alfonso Cuaron's "Roma."