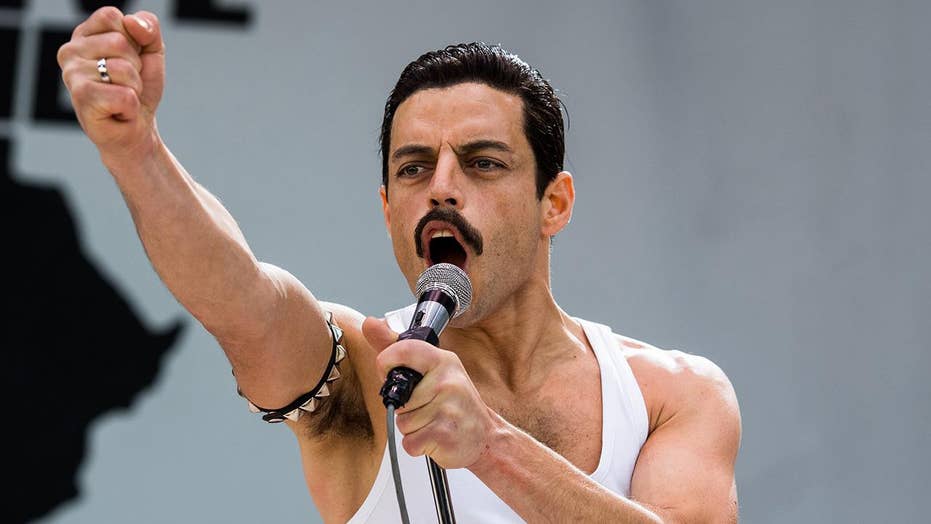 Oscar-nominated 'Bohemian Rhapsody' now yours to own

As soon as Rami Malek's name was called for Best Actor in a Leading Role at the Oscars Sunday, the "Bohemian Rhapsody" lead turned to his girlfriend and costar Lucy Boynton and gave her a passionate smooch.

"Whoa," Malek mouthed as he was announced the Oscar winner.

He then planted a long kiss — well, three to be exact — on Boynton before he made his way to the stage. The public display of affection once again solidified they are, in fact, quite a power couple.

KATE HUDSON'S PRE-OSCARS 'SHALLOW' RENDITION SHOCKS FANS: 'WHY HAS THAT VOICE BEEN HIDING?'

The pair apparently can't keep their hands off one another, and their fans are here for it. Malek became a top trend on Twitter Sunday with nearly 200,000 mentions as of 11:15 p.m. ET.

And many couldn't help but mention "the kiss."

"I want to be kissed by a man like rami malek kissed lucy boynton #oscars," one Twitter user wrote.

"Rami Malek’s kiss to his lady when he won! #oscars," a user swooned.

Malek concluded his powerful acceptance speech with a nod to Boynton, who played his love interest Mary Austin in the film.

"Lucy, you're the heart of this film. You are beyond immensely talented. You have captured my heart. Thank you so much."

"Lucy, you're the heart of this film. You are beyond immensely talented. You have captured my heart. Thank you so much."

According to Us Weekly, the two began dating shortly after filming "Bohemian Rhapsody" in London.

“He is so into her. He goes and visits her in London all the time," a source told the magazine in April.