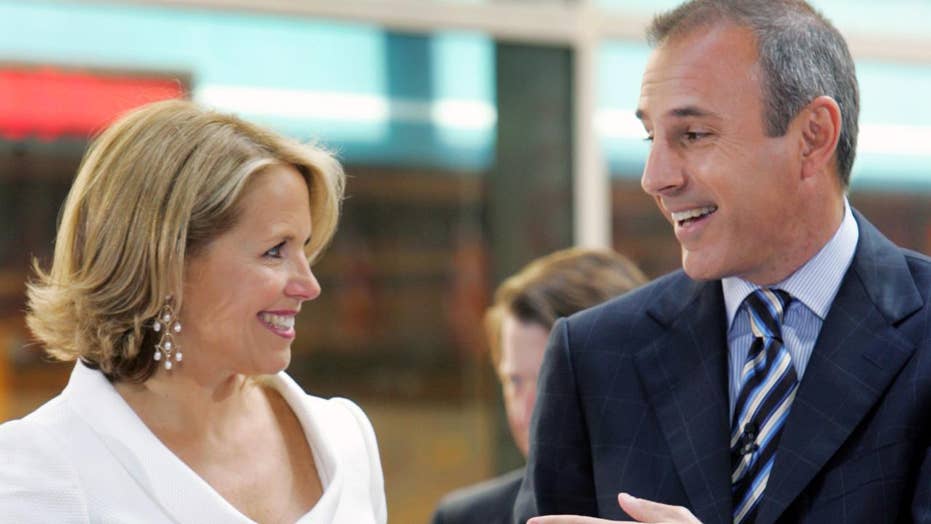 Katie Couric said many revelations have come about in the "painful time" since Matt Lauer was fired from NBC for alleged sexual assault and harassment. One point, however, she said has been misrepresented. The infamous button under Lauer's desk that he reportedly used to close his door was commonplace at NBC, she revealed.

Appearing on “The Wendy Williams Show,” Couric said: “I think a lot of stuff gets misreported and gets blown out of proportion… I don’t know what was happening but a lot of NBC executives have those buttons that open and close doors,” Couric told host Williams.

Katie Couric said it's been a "painful time" since Matt Lauer was fired from NBC for alleged sexual misconduct. (Reuters)

“Yeah, I mean it was really just a privacy thing, it wasn’t one of those…” Couric said before Williams attempted to shush her for “saying a lot.”

Couric insisted she believed it was an “executive perk” and not a “nefarious thing.” She added that she didn’t have one of those buttons during her time at the network.

Variety reported in November 2017 that Lauer used the button under his desk for privacy and allowed the then-host to lock his office door without getting up. Lauer was fired on Nov. 29 after NBC received “a detailed complaint from a colleague about inappropriate sexual behavior in the workplace” by the former host.

Other women later came forward with one even accusing Lauer of sexually assaulting her in his office until she passed out. Another said he sent her a sex toy with a crude note.

Katie Couric said "a lot of NBC executives" had the infamous button that Matt Lauer was reportedly using in his office. (AP)

“Well, you know, it’s been a very painful time for a lot of people who worked with Matt, knew him, and care about him, who never witnessed this behavior that is now obviously being talked about,” Couric said. “I don’t know the full extent of all these things that happened. I can only talk about my personal experience and I was always treated respectfully and appropriately.”

When asked if she believed Lauer could make a comeback, she replied: “That’s really not for me to say, Wendy."